Posted by ericdbolton on June 13, 2017
Because no one asked... I wanted to jump in on the debate while there was still a bit of heat on who be the better father.  The debate is who would be the better father, Batman or Superman.  How to be a Dad shared 5 Reasons Why Batman Would Be A Better Dad Than Superman.  Always Jacked retorted how Supes Would Be A Better Dad. Clark Kent's Lunchbox found written proof how Bruce sucks as a dad, and DorkDaddy pretty much closed the case on How Superman is better than Batman at parenting.

I've weighed in on both sides not really saying one is better than the other, because honestly I really think it's a tie between the two.

I know I need to choose, sitting on the fence while the World's Finest blog it out on social media who can make the better chevrons on the baby's nursery wall, will not get me anywhere.  So I've made a decision.

I've decided to endorse Green Lantern as the Better Superhero Father of 2013. 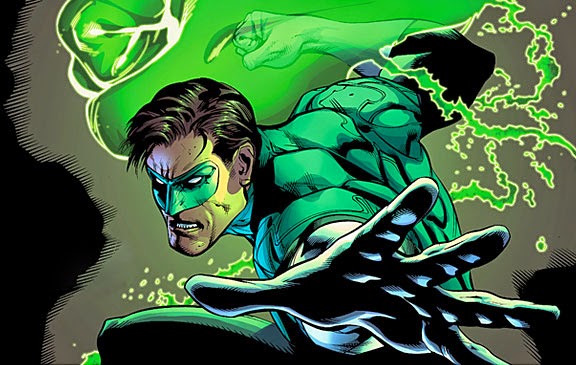 Now, I'm not aware Hal Jordan even has a son in comic cannon, but this debate has been taking hypothetical liberties.

He Was Chosen
Hal Jordon was chosen to be a Green Lantern based on his character.  When Abin Sur crashed landed on earth, the ring sought out a man without fear, with a strong character and a cool sounding name.  Because really, if the ring would have found someone named Stanley McChesterfieldsonton who was without fear and had all the qualifications, the ring would have just put its hands in its pockets and whistled as it walked past.  Ret-conned revision does state the ring had three candidates, Clark Kent, Hal Jordon, and Guy Gardner.  It didn't choose Clark because he wasn't from Earth, and Guy because pretty much we find out he's kind of a db.

You might say, "Oh.. this proves more for Superman than Green Lantern should be the better father!!"

Yeah, if I could stop a train with my pectoral muscles and bullets bounce off my corneas, I would not have any fear either.  Hal was just a normal human with a cool sounding birth name, whose pecs couldn't stop trains.  Yet he was still a man without fear.

Matt Murdock, I'm not talking about you.

Bruce put on the cowl because he felt it was up to him and no one else to save Gotham.  Clark said he was the only one whose pecs could stop locomotives, so he nominated himself and called himself Superman.


He's Human with Alien Powers
Batman is human with no super powers. Superman is an alien trying to be as human as possible.  With GL, he's the best of both worlds.

"Hey Hal, you want to go to the Spurs game tonight?"

"Heck yeah." Hal would say, "I'm human. It's not like if I get hit by a taxi crossing the street the taxi will get crushed and I walk away like nothing happened in order to play it off and protect my secret identity.  Leaving the cab driver a totalled vehicle he has to explain to his boss. He'll probably lose his job and how the heck would he feed his family?"

"I don't know what that means."

"It's something my friend Clark would do. It's cool I'm human."

So at the game, his friend is all like, "Hey Hal, want something to drink? I'll go get it.."

And Hal would be, "No it's cool.  I'm human and all, but I gots me some alien technology. Watch this!!!"

Hal holds up his ring and a giant fist stretches to the consession stand and drops a fiver on the counter and brings back a Dr Pepper.

"Wow" his friends says, "Being Human with Alien powers would make you an awesome father!!!"


He's Not Always On Call
Unlike Batman and Superman who are the only guardians of their designated areas. Green Lantern does not have to worry about saving the world when he's not on call.  There's a crap load of other Green Lanterns that can fill in.

Say, Hal wants to take his hypothetical kid to see the Coast City Wombats play the Star City Yutes in their first  DCFL football game together.  Hal wants to show him the cool stretchy hand getting a Dr Pepper trick.  But there's a call from Ms. Jeffersonstein, a regular in regards to being saved by Hal.

"Green Lantern Corps, this is Nina. What is your emergency?"

"Yes, this is Ms. Jeffersonstein from Verde Way.  There's some mysterious yellow glow coming from my neighbor's house.  I think it might be Sinestro or a Yellow Lantern, can you send Hal Jordan?"

"I'm sorry, Mr. Jordon is not on call tonight.  I can get you Guy Gardner."

"Unnh uhh!! That Gardner guy is a jerk!! I wish Batman would punch him in the nose or something."

"Mr. Gardner is the Lantern on call this weekend.  If you can wait until Monday morning at 7AM, Mr. Jordan would be happy to be available..."

Batman and Superman can't do that.  They need to take the call or else some idiot lady walking through an alley in the middle of the night is murdered or an idiot monorail driver forgets the tracks aren't finished and he sends dozens of people to their deaths.

Just send John Stewert, Kyle Rayner, or the DB to save the day.  Hal's bonding with his hypothetical son.

There is no Dark Past
I guess you can say Supes doesn't have as dark of past as Batman (which we alll know ad nasuem) ...

UNLESS YOU COUNT THE COMPLETE DESTRUCTION OF HIS ALIEN RACE!!!

Sure, Kal-El didn't stand there while Darth Vader blew up Krypton with the Death Star or anything, but he found out eventually he was the lone survivor (give or take a few dozen over the decades) of a dead race.  Clark didn't even get depressed, start wearing eye liner and listen to the Cure and Depeche Mode.

He held that crap in.

That's not good you know.  The longer he holds that stuff in, it's going to explode.  It'll just take one "You were not there for me" fit from Jon-El for Supes to errupt with, "WELL MY FATHER IS BLOWN TO DUST!!! AND THE ONLY TIME I THINK I SEE HIM IS WHEN MAYBE SOME OF HIS DUST PARTICLES COAT THE DANG KRYPOTONITE THAT IS ABOUT TO KILL ME!!!!"


Hal Has Imagination
Sure Batman has those wonderful toys, and Superman has his... uh... wonderful biceps?!? But any billionaire can pay Lucius Fox to invent Bat Shark Repellent.  And Superman is as vanilla Eminem at the Source Awards.

In order to be the best Green Lantern in the universe, you've got to have imagination... "Sure Dad. What did you have in mind?"

"Hows about we sneak outside Wayne Manor and send a colony of green bats flapping away in the house scaring the freak out of Bruce and Bruce Jr."

"Are you sure it's a "colony"?  In the Wayne's case, wouldn't a "murder" be more appropriate?"

Later they'd go and send some fake looking Krytonite to the Clark residence in Metropolis.

The Ring can construct anything that Hal can think of.  While early on in his super hero career he would just do giant mallets and huge fists, the past few decades Hal's increased his ring arsenal.  He'd even use it to spoil his kids.

You want to ride a pony?

A pony with machine guns?

Need a car to take out Oliver Queen's daughter?

They'd construct forts and castles.  They'd play catch with giant gloves and baseballs.  If they wanted to go see the Diamond Cascade on Syrax-7, they could.

Can Batman take Lil' Bruce to Syrax-7?? Nope because someone would probably get murdered.  Supes can't go there either because there's a large concentration of Kryptonite covered with Jor-El's dust particles there as well.

What?? You think Kryptonite only landed on earth.

And the last reason why Green Lantern would make a better father than Batman and Superman...

I Found Images That Show GL Knocking Them Out 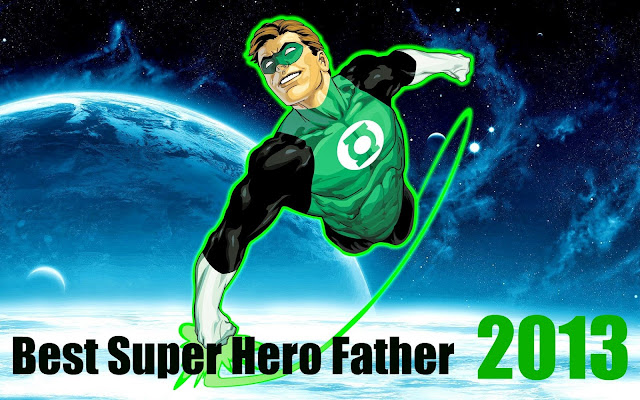