Coffee At Various Stages Of My Life 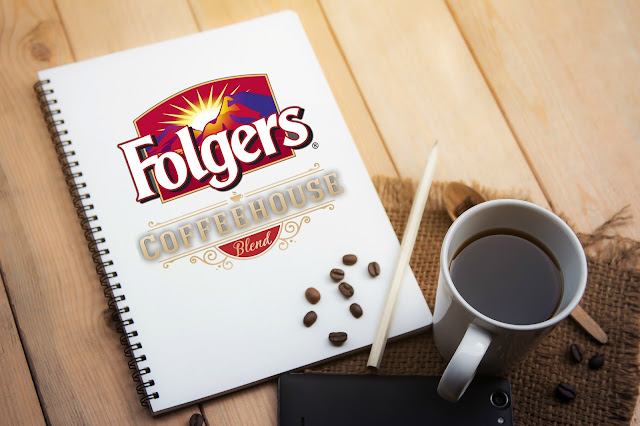 I got up from my bed in my grandparents' guest room and ran into the kitchen.  It was four in the morning but I knew they'd be up.  My grandmother was standing at the counter with her back to me and I tip toed the last few steps feeling like a ninja and shouted, "BOO!"

She jumped and yelped in surprised.

"Good morning, sugar, what are you doing up?"

"I just wanted to get up and see you and Dad!"

It was one of the many times I spent the night at my grandparents house when I was a kid.  I was the oldest grandchild on my father's side and got spoiled the a lot.

"Dad's in the den watching his programs."

I'd give my grandmother a hug and rush to the den where I would play and watch TV while staying there.  Dad was sitting in his recliner watching one of his "Jesus programs".

Dad was my grandfather.  Being the oldest, you get the responsibility of naming your grandparents when you're learning how to talk.  In their case - grandma ended up being "Yang-ya" somehow and grandpa was "Dad", well because everyone called him "dad" - so I did too.

I hopped on the recliner and smelled my grandfather.  It wasn't even light outside and I could already tell he had been working on something.  He was always like that.  He was hardly ever still, he was always working on a project in his garage or out back.

"Why are you awake so early, son?"

"You're going to be tired later on and I'm taking you to the property, I can't have you falling asleep on me."  He said.

He owned about seven acres of property north of  Houston.  I'd go with him and help him move junk from one shed to another, he'd take me for a ride on the tractor, and taught me how to ride a minibike.  The best part of going to the property was he'd pay me for "helping" him.  One time the work was too big for me so he paid me to count cars as they passed.

"If you give me some of that, I could probably stay up" as I pointed to his coffee cup.

My grandfather worked at a coffee plant.  He worked there for I don't know how long after he left the Marines.  He was always bringing coffee home and I could never have any.

"Now you know you're mother won't let you come back here if she finds out we give you sodas, coffee or any caffeine."

"Yang-ya lets me have Dr Pepper when we go to the mall, why can't I have a little coffee."

"Not today, boy.  Go lay back down and we'll wake you up when it's time for breakfast."

I ran past the kitchen forgetting to scare my grandmother and jump back under my covers and fall asleep. 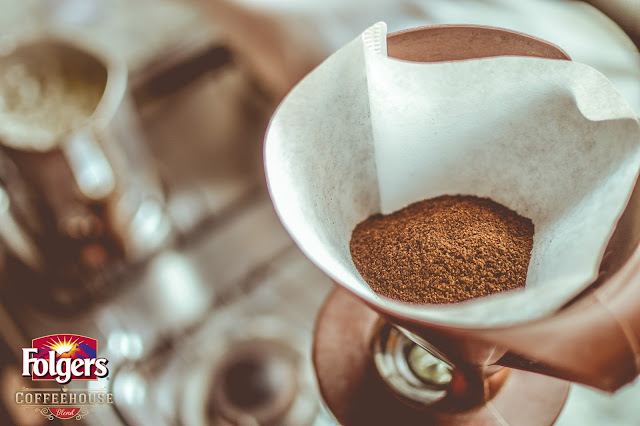 I awoke to a knocking on my passenger side window of my 1976 Dodge Aspen.  I opened my eyes to see a blurry grandfather and grandmother standing there.  I rubbed my eyes, sat up in the front seat and got out of the car.  I could tell there was concern and worry on their faces and I approached them for hugs.  They didn't ask any questions about why I was sleeping in my car in front of their house at six in the morning when I should be back in College Station preparing for finals.

We went inside and sat at the kitchen table.

My grandmother put a cup of coffee in front of my grandfather and Dad asked if I wanted a cup.

"Barbara, get him a cup.  It looks like he needs one."

I don't remember if I even asked for a cup of coffee in my life.  I was always a soda kind of guy.  At 22, I didn't really require coffee.  Being in the Corps of Cadets at Texas A&M, you really didn't need coffee to get you going when you had an upperclassmen yelling at you to get out the door and start running.

"How do you want it?" my grandmother asked me.

My grandfather took his coffee black so I said, "I guess however Dad takes it."

My grandmother set a cup in front of me and I took a sip - I didn't like it.

I put the cup back on the table, "I'm quitting school."  I couldn't look either of them in the eye.  They had help pay for my education the past three and a half years and I felt like failure.  I was depressed and failing classes.  I didn't know what I wanted to do, but I didn't want to be at school and I went to the only place I knew where I wouldn't be judged.

"What time did you get here?"

"About three in the morning."

"Go upstairs and lay down.  Get some rest."

I stood up, still not able to look them in the eye, "Thank you for the coffee.  Thank you for everything."  I went upstairs to get some rest. 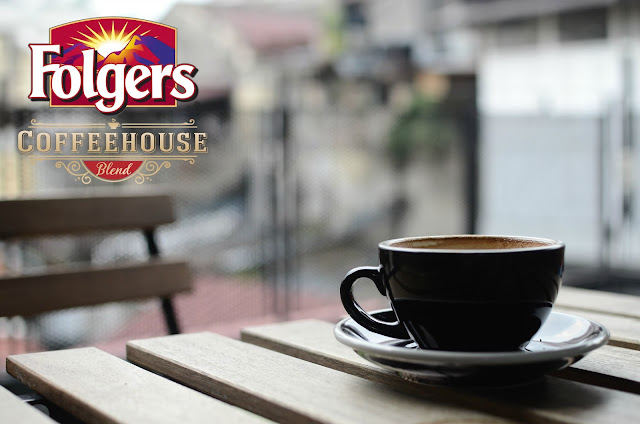 I walked out the door and went to the break area adjacent to the training room.  I looked at the coffee pot and questioned if I should pour myself a Styrofoam cup of coffee. I had been working at home the past few years and had gotten used to me cush schedule. I used to work from twelve to nine PM and now I was in training class at 7:30 and life couldn't be going any slower that early in the morning. I forgot how I operated that early back in the Corps.

At 36 with five kids at home, I hadn't committed to a single cup of coffee yet.  But I was going to fall asleep in class if I didn't do something.  I didn't have a dollar for the soda machine and I didn't know anyone in class to borrow one.

I made sure I added lots of sugar and creamer as to not repeat the last time I tried it at my grandparents'  house.

I tried my attempt at work coffee - and I liked it. 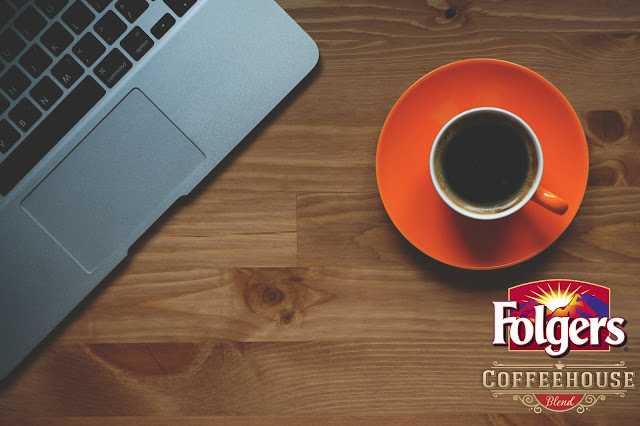 It was a few years later and I was "encouraging" the kids to hurry up and get dressed so we could get out the door.  They were keeping me from our prize.  It was 2014 and the San Antonio Spurs were in the playoffs.  A local convenient store chain gives free coffee away to customers the morning after a Spurs victory.  The Spurs in the NBA Playoffs is better than Christmas.  Not because of the cheap gas station coffee, but because the San Antonio Spurs are the greatest sports team in the history of the universe.

And because of that, I'd take the kids to the corner and get them free hot chocolate before school.  Yes it was May and 79 degrees outside, but they loved that free hot chocolate, just like I loved the free coffee.

Not because it was great, but because of why we got it. 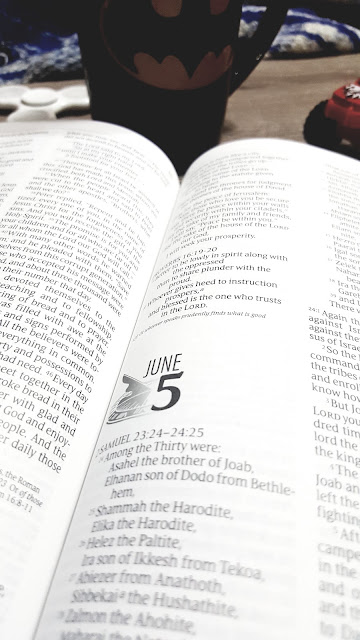 Now I sit at my desk reading my daily bible and drinking my coffee.  Both give me the needed resources in my life to make my day get going. They almost go hand in hand with my morning routine.  I don't have one without the other.

I was really excited when I was the opportunity to showcase Folgers® Coffeehouse Blend [Website | Facebook | Twitter ] on Middle Class Batman.  Folgers Coffeehouse Blend has helped provide me the needed parenting fuel to get me through my day.

I usually only make time for the standard  drip coffee, but I wanted to try something different this time with Folgers Coffeehouse Blend.  I tried something my wife had been getting lately at the big named coffee house - Iced Coffee.

If you Google "Iced Coffee" or go to Pinterest you are sure to find dozens of "the best" iced coffee. I managed to get the gist of how its made and attempted to make my own.

Put however much Folgers Coffeehouse Blend coffee you make into the fridge before you go to bed and let it cool down over night.

When you wake up in the morning and you're ready for your drink, our yourself a cup and add your desired sweetener and creamer (flavor is your choice).

You're good to go and drink that drink!!

Folgers Coffeehouse Blend coffee is a distinct and flavorful blend that was crafted to deliver a great taste in a variety of brewing methods, including a French press or cold brew like above OR your faithful automatic drip coffee maker and Keurig® brewing system.  No matter how your dad makes or takes his coffee, with Folgers Coffeehouse Blend you can add anything to it and brew it any way, and still taste the coffee.

With a blend this versatile, coffee fans alike can create – and explore – their favorite brewing traditions and discover something new right at home. To learn more, visit www.folgerscoffee.com/coffeehouse-blends.

“This is a sponsored post on behalf of J. M. Smucker Company. I received compensation for this post; however, all opinions stated are my own.”


Thanks for checking out this post. Please leave a comment below to let me know what you thought about it. Also, be sure to subscribe to this blog as well as follow me on Twitter and Facebook. I appreciate you. Thank you for your time. - MCB
father's day. fathers day. folgers folgers coffeehouse blend life of dad should be on a coffee mug sponsored post