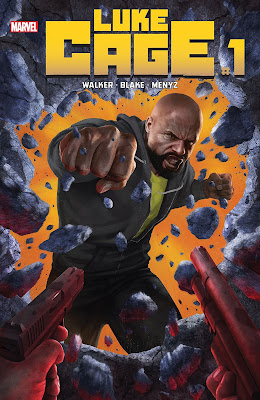 Dr. Noah Burstein, the man who made Luke Cage into the unbreakable hero he is today, is dead. When Luke goes down to New Orleans for the funeral, he finds The Big Easy to be pretty &$#% difficult. Mysterious billionaires, a woman with a secret, amped-up gangs and a shadowy figure all lead Luke to the conclusion that there's more to his father-figure's death than meets the eye. He's looking for answers, and it's a bad day for anyone in his way! 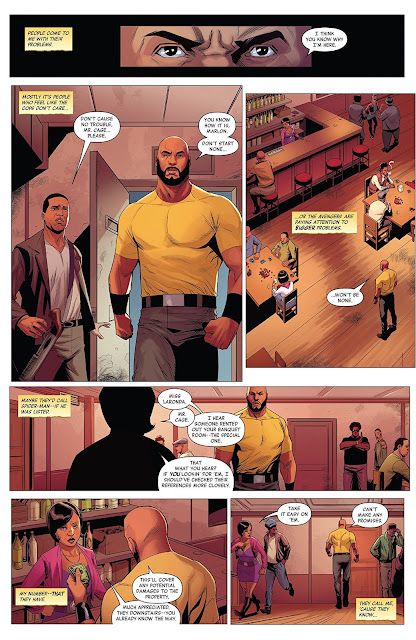 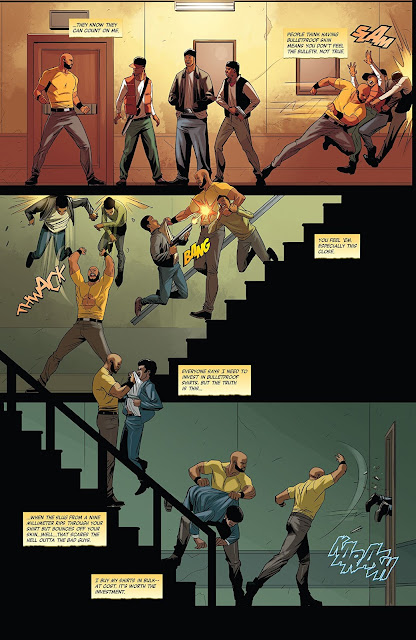 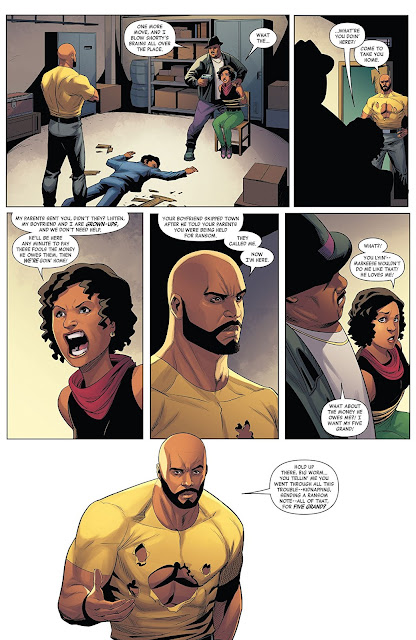 Luke Cage first appeared in Luke Cage, Hero for Hire #1  (June 1972).  Cage was created by Archie Goodwin, John Romita, Sr. and George Tuska. He was the first black superhero to be featured as the protagonist and title character of a comic book.

Created during the height of the Blaxploitation genre, Luke Cage is an ex-convict imprisoned for a crime he did not commit, who gains the powers of superhuman strength and unbreakable skin after being subjected involuntarily to an experimental procedure. Once freed, Cage becomes a "hero for hire" and teams up with fellow superhero Iron Fist as part of the duo, Power Man and Iron Fist. He later marries the super-powered private investigator Jessica Jones, with whom he has a daughter. In 2005, writer Brian Michael Bendis added Luke Cage to the lineup of the New Avengers, and he has since appeared in various Avengers titles, and became the leader of a group of reformed supervillains called the Thunderbolts.

Actor Mike Colter played the character in the first season of Jessica Jones, a live-action television series set in the Marvel Cinematic Universe, and headlined his own series, which premiered in September 2016 on Netflix. Colter is set to reprise his role in The Defenders.