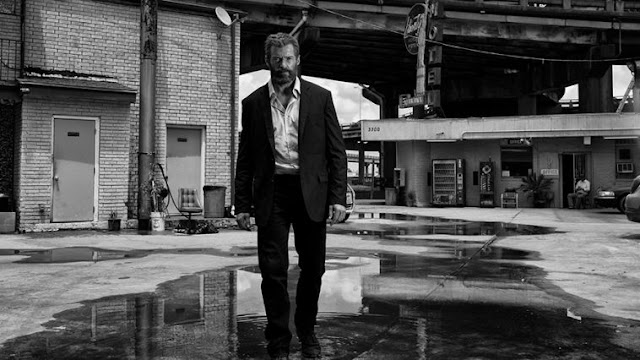 20th Century Fox has released a new trailer for Logan Noir - the black and white cut of Logan directed by James Mangold.

Inspired by the popular Black and White imagery used to promote Logan before it was released in theaters this past March, Logan Noir is set to Johnny Cash's "Hurt" as well.

Logan Noir is available today on Digital HD and will also screen in Alamo Drafthouse theaters with special livestream question and answers with Mangold.

For one night only, prepare to re-immerse yourself in the bold and beautiful brutality of the final Wolverine story, presented in stunning black and white for the first time. Alamo Drafthouse is proud to present LOGAN NOIR, a new monochromatic vision of one of the greatest superhero films ever made, followed by an exclusive livestream Q&A with director James Mangold.

Alamo is taking the Noir feel of the event a step beyond the screen by asking audiences to dress only in black and white for the event:

Attendees are requested to wear only black and white clothing and as a parting gift commemorating Logan’s final ride, all theater guests in monochromatic attire will receive an exclusive commemorative event poster.