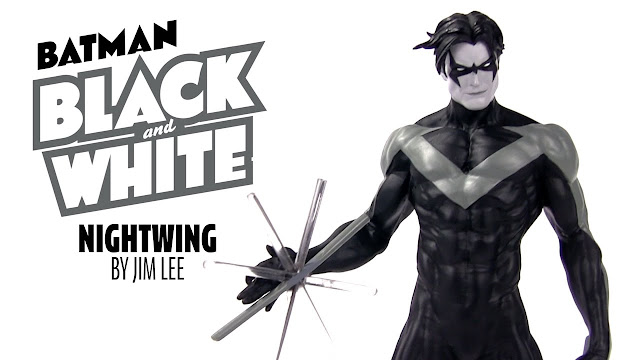 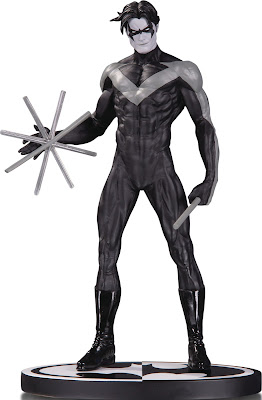 Nightwing joins the BATMAN: BLACK & WHITE statue line for the first time ever with this statue designed by superstar artist Jim Lee, pulled from the pages of the bestselling BATMAN: HUSH!

Dick Grayson became Nightwing after he was dismissed from the role of Robin as a teenager. He was featured in a Nightwing series from 1995 to 2009. In 1996, following the success of the miniseries, DC Comics launched a monthly solo series featuring Nightwing, in which he patrols Gotham's neighboring municipality of Blüdhaven. 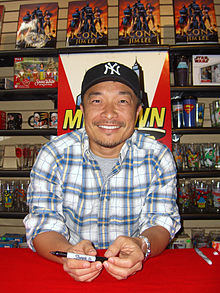 Jim Lee is a Korean American comic book artist, writer, editor, and publisher. He entered the industry in 1987 as an artist for Marvel Comics, illustrating titles such as Alpha Flight and The Punisher War Journal, before gaining popularity on The Uncanny X-Men. X-Men No. 1, the 1991 spin-off series premiere that Lee penciled and co-wrote with Chris Claremont, remains the best-selling comic book of all time, according to Guinness World Records.

In 1992, Lee and several other artists formed their own publishing company, Image Comics, to publish their creator-owned titles, with Lee publishing titles such as WildC.A.T.s and Gen¹³.Lee sold Wildstorm in 1998 to DC Comics, where he continued to run it as a DC imprint until 2010, as well as illustrating successful titles set in DC's main fictional universe, such as the year-long "Batman: Hush". On February 18, 2010, Jim Lee was announced as the new Co-Publisher of DC Comics with Dan DiDio,

Hush is a 2002–2003 DC Comics comic book story arc that ran through the Batman monthly series, featuring the superhero Batman. It was written by Jeph Loeb, penciled by Jim Lee. Hush was published in monthly installments as Batman #608–619 by DC Comics. The first issue of the story arc was a success ranking 1st in the Top 300 comics for the October 2002 period with pre-order sales of 113,061. IGN Comics ranked Vol. 1 and Vol. 2 of Batman: Hush #10 on a list of the 25 greatest Batman graphic novels, saying that "there are some truly unforgettable moments" and "Jim Lee's artwork is unbelievable."
batman black and white batman hush jim lee New Toy Release nightwing