Posted by middleclassbatman on March 07, 2016 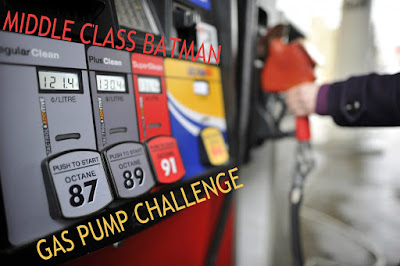 I started this "game" on Periscope a few weeks ago.  I "scoped" (logged on to Periscope and live streamed what I was doing) myself pumping gas. I titled it "Gas Pump Challenge" with instructions to the viewer to guess when the pump is going to automatically shut off.  Viewers are required to post their guesses to make it official.

Once the pump stops, that's the end of the game.  The viewer who is closest with their guess wins.

I'll give descriptions of the vehicles at the beginning of the scopes.

You guess closest, you win.You win ten times, you will be the recipient of something from Middle Class Batman.  I'm not sure what it is, but  it'll be kinda cool.  Maybe. Well to some people.

This post will be the official record keeper of each challenge.

While I would hope they are, winners really should be following me on Twitter @MidClassBatman as well as Periscope.