#DIY How to Get Internet Famous 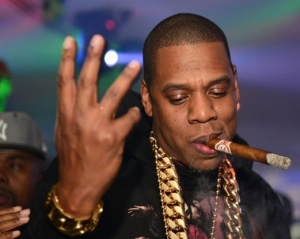 On June 1st, I went to the televised viewing of WWE Raw with a friend of mine and my kids.  Russ (my friend), Michael (my oldest) and I have been to quite a few shows before, but this was the first time for Loreli (9), and Seth (7) to attend an event.

I did the normal thing I usually do when I go and make signs to hold up in the crowd...

Out of all the times we've been, I don't remember ever getting on TV with one of them, but that never stops me from making them.  I've always made them for my brothers, Michael and I'll keep doing it no matter where we sit for any future event we go to.  While I do draw everything freehand, I usually find something on line and use that image as a base for my drawing.
Anyways, our seats weren't bad.  We had a decent view of the ring for the price we paid...
The only thing is, we couldn't see the Titan Tron from our seats, but it was no big deal since all the action takes place in the ring.
Well before the show started, there was a "dark match".  A dark match is a match that happens before or after the event when the cameras aren't rolling and only the audience in attendance gets to see the action.
The dark match for the evening was Tyson Kidd taking on new to the WWE, Samoa Joe in his debut match with the company.  Joe appeared on NXT (the WWE developmental league) the week prior, so it was cool to see him in action live. Since the kids and I are Tyson Kidd fans and we were seeing Samoa Joe for the first time, we didn't really know who to root for.  The match was "meh" at best, but I managed to get the finisher on video and post it on Vine.
Those are my sons with all the screaming and stuff.
While Vine's six second rule didn't get the full third count, Samoa Joe won with that move.  The Vine also included a post to Twitter and that's when everything went crazy.
My phone notifications started blowing up, I kept getting notification of retweet after retweet after retweet after retweet.
My video was already being promoted on wrestling news sites before the WWE RAW show went live (this was done at 6:30ish)
http://www.allwrestlingnews.com/wwe-news/samoa-joe-in-action-before-raw-goes-on-the-air/
http://411mania.com/wrestling/samoa-joe-works-match-before-raw/
The internet wrestling community was exploding because of this video.  Apparently, I'm the only one in the world (at least in San Antonio) to have gotten it on video.
In the four hours I posted on Vine,  I had already 123k plus views.  That's 123,000+!! Now, I'm just a D-List Dad blogger who gets happy when get gets 4000 views a month on his blog, but for a video of mine to get 123,000 in four hours was unheard of for me.
The next morning I updated the video to YouTube.
You get the full three count and a bit afterwards.
After the match, Tyson Kidd appeared injured, but was able to walk out on his own accord.  It turns out he did suffer a spinal cord injury as a result of the move.
Now I used the word "Kills Tyson Kidd" as hyperbole, it wasn't for more views or hits or whatever, just plain ol' exaggeration.  It was also something Samoa Joe used to say he was going to do to his opponents.
I don't think he ever really succeeded that I'm aware of.
Anyways, as a result YouTube video, I get the following email from the production company of the reality show, Total Divas.
So, I'm kind of a big deal now.  I wasn't sure how that worked, but I'm not really entitled to any compensation since they're not my characters and such, but I asked for credit if it does make it to the cut, which is stinkin' awesome.
As of this posting, the Vine has 632,741 views and the YouTube has 45,550.  The You Tube video started getting a lot of hits once the news of the injury was made public and people looking for the match.
While some people may be looking at the numbers and say, that's every Thursday for me, it's a big thing for me so let me soak in this, yo.
Has there been anything you put online that got famous for whatever reason?
Have a great week my friends.