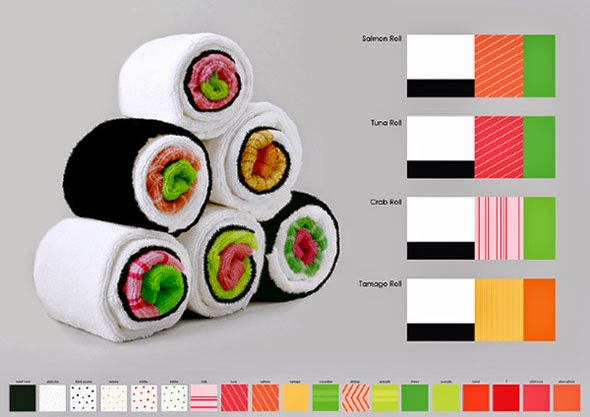 Some dude was sitting at home folding laundry one night while his wife was at work.  He was being creative with the laundry and rolled up the towels when putting them in the linen closet.  He took a step back and said, "that looks like rolled sushi."  "HEY.... What if?????"
And the rest is history.
This dude created towels, when rolled a certain way looks like sushi. 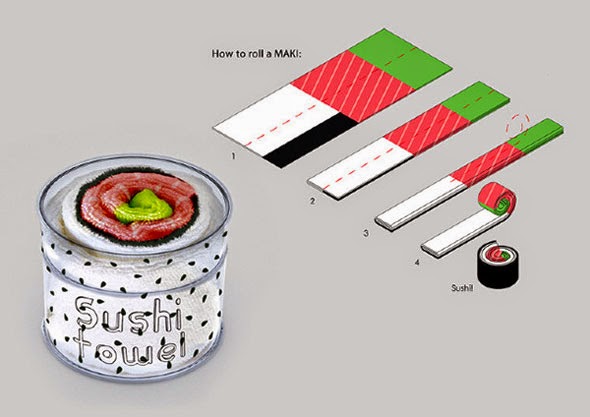 Pretty sweet huh?
If we had these towels, they'd all be rolled nice and neat before the first time they were used.  After that, they'd sit on my bed of over the desk chair.  They'd be on the kids floor or hanging on the towel rack.
Instead of being rolled after they were washed, they just sit in the clean laundry bin and pulled out when needed.
But the dude gets points for being creative.
All of which makes Sushi Towels... 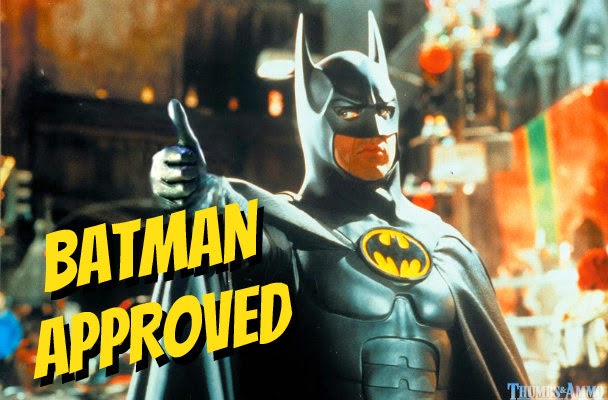