My wife and I have been married ten years.  Our wedding was small.  Real small. It was at her dad's house on New Year's Eve.  We had a pastor from our church and invited just siblings and a few close friends.  Mingling and a reception happened during the evening and we were married a little after midnight on New Year's Day.

So we're doing it big this time!!

We're doing the church chapel and inviting everyone this time.

The first time I had one of my brothers as my Best Man and my wife had a cousin and friend as her Maids of Honor.  I don't remember how I asked my brother, but I'm sure I either asked him before or during the mingling and reception.

My wife tells me she's having seven Bridesmaids/Maids of Honor.  Since this is the Era of Pinterest everyone is being crafty and trendy.  Apparently, formally asking your bridal party is a thing now.

My brother's asked me to stand in their weddings either on the phone or text.  One brother told me I was in it by telling me I need to go to Men's Warehouse before the end of the month.

So we couldn't tell anyone we were doing this until we told the party people.

Kristie told her girls via an announcement she made.

So I had to do something kind of like it, but in my own idiom.
I thought and thought about it.  I thought about making a football ticket like announcement, but passed.

I'm a comic dork, so I decided to make a comic book cover and ran with it. 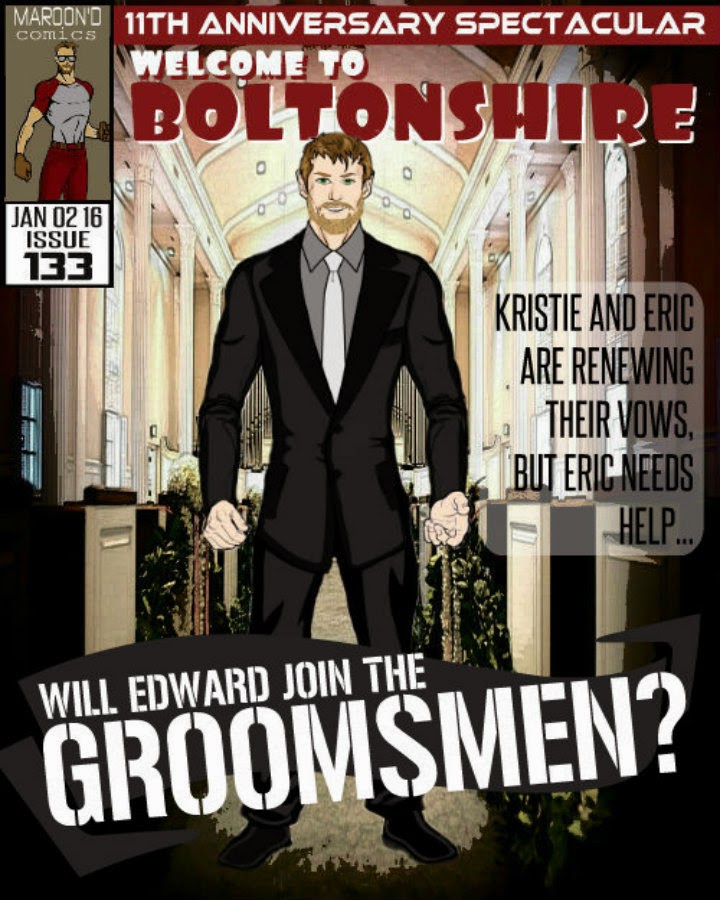 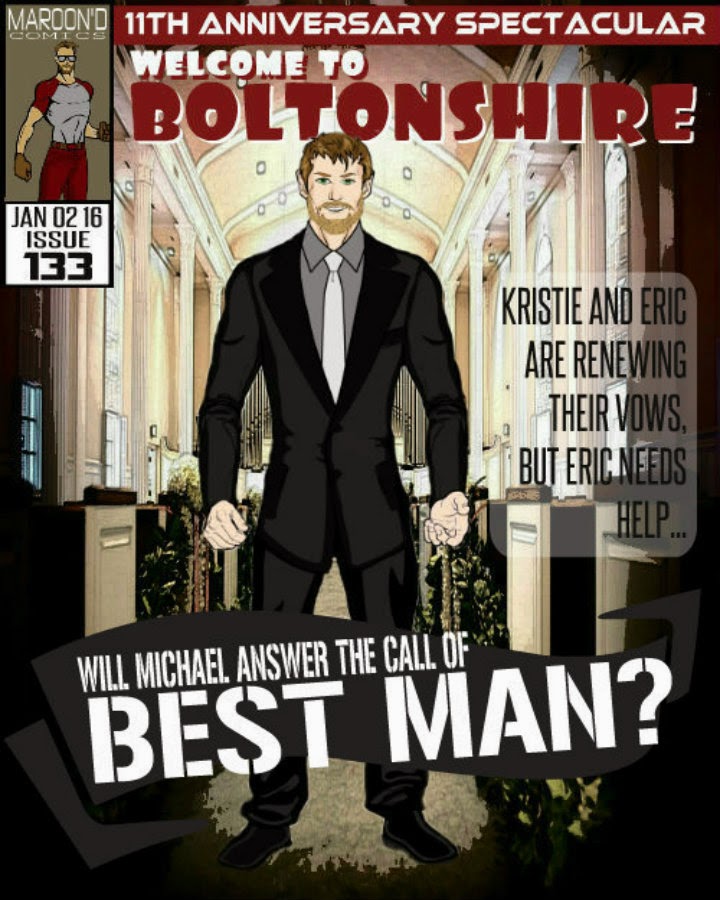 I had fun with it.  They all thought it was cool.

I'm glad we're only having one renewal because I don't know how'd I top this.