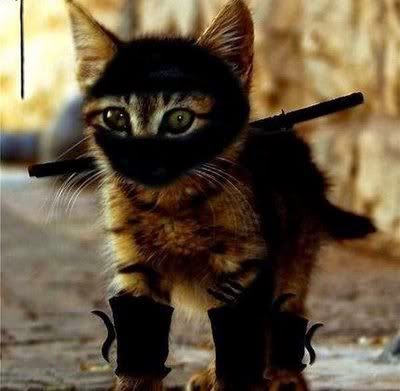 Did you come back after that disaster yesterday?

That is assuming you were actually here on day one.

I'm sure there were people who were like, "ooooooookay, obsess much?"

No, I don't.  I hadn't even thought of David Schwimmer since Madagascar 2.

I was afraid that since the NSA taps My Galaxy 3 Note, they probably saw this page too.  There's some NSA guy working in their basement having to look at blogs all day to determine if they're a threat to the President or any influential democratic party contributor.

It would have been a different story if I went the Baldwin Brothers route yesterday and said I was the Stephen Baldwin of the Dad Bloggers. I'd have NSA breaking down my front door for sure.

Now to explain the Ninja Kitty that you see above.

Again, after the David Schwimmer rant, I looked at my new blog front page and saw this:


The NSA Basement Guy was right!!

This does look like a David Schwimmer Fan Blog and I'm just guessing at his middle name.  I guess I could go back to IMDB or Wikipedia and look it up, but then I'm putting more effort into this non-David Milhouse Schwimmer blog than I should.

Since it's was clearly obvious yesterday, I have no clear purpose of this blog yet, I have to do some damage control to make it look like it's anything but a David Schwimmer Fan Blog.

Looking at the title of my last post, I realize that doesn't help it either.

So I added the Ninja Kitty.

The internet loves ninjas and its obvious the official mascot of the internet is the cute kitty, I felt I'd rank in the search engine searches for "Ninja Kitty".

So I'm scrolling along the Google Images of "ninja kitty" and I see some cute kitties dressed like ninjas.   I honestly think that the cats aren't really jumping, but they're being thrown and the cat tossers just start snapping pictures of the flying cat and hope for the best.

I also see some TV-14 style art and drawings of women dressed like a ninja kitty.

Then there's the clandestine Hello Kitty dressed like a ninja.  You know... Just because.

And then there's the woman with the Hello Kitty Ninja Warrior upper back/shoulder area tattoo.

SIXTY YEARS IN THE FUTURE

Little Davey: Grandma, what is that red faded blob on your upper back/shoulder area?
Grandma: That's Ninja Kitty!
Little Davey: Seems like a decision made with not a lot of thought in it.
Grandma: It was.
Little Davey: Do you have any regrets about it?
Grandma: For a while yes.  But then it was featured on a David Schwimmer Fan Blog.  Shortly after it was on the blog, David Schwimmer started trending and got famous again. He wanted to meet and we did.  That's when we fell in love. We had your father and rest is history.

BACK TO THE PRESENT

So... Ninja Kitty on top will make this blog trending.  I'm going to push publish, then screen shot it and do a post publish edit or something to show you how it looks now with the ninja kitty on top.  That was my whole point of today, to get away from David Schwimmer and I think I just made it worse.
I need to find a focus of this blog.
And apparently Ritalin.

That should throw off the NSA.

I just so happen to refresh the Google Image Search of "Ninja Kitty" and now it shows this. 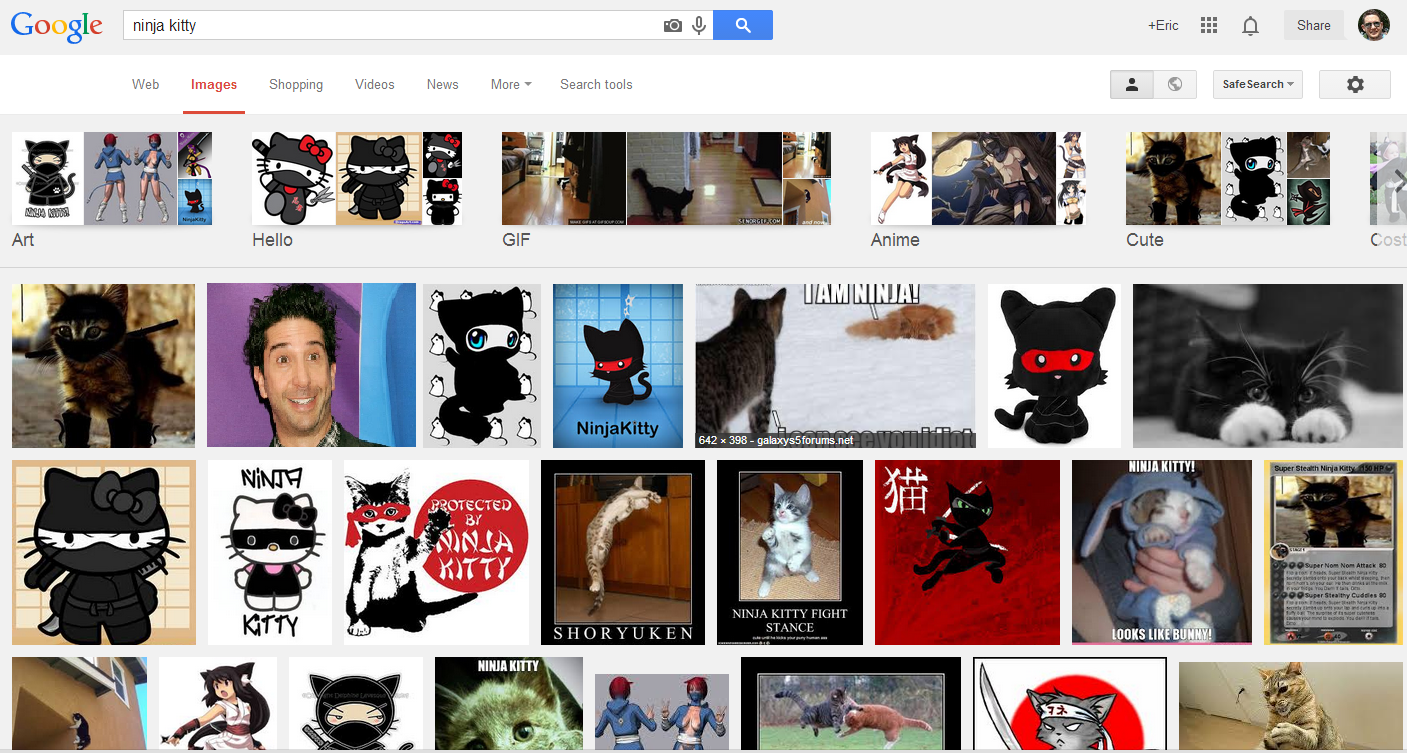