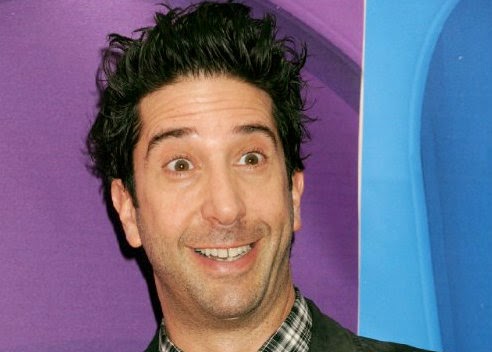 Howdy. My name is Eric and I used to be a blogger.

or by my family and friends.

Even when you're a non-famous blogger like I was, D-List actually, you're still considered a blogger.  It's not like you suck at singing and you attempt to sing and your parents say you're really great and when in reality you really stink.

You're not a singer.

I'm not a singer.

No matter what Sister Mary Clarence said in Sister Act 2.

Anyways, blogging is not like singing.  You don't have to be popular or even good to be considered a blogger.  Just go to Blogger (or Wordpress) come up with a title that describes what you want to blog about and hope that it hasn't already been taken.

I'll talk about this later.

So I was a Daddy Blogger.  I wrote Juggling Eric for a few years and then revamped it to Welcome to Boltonshire. Juggling Eric was mainly about my growth. Not like a mole or tumor type of growth, but my growth as an individual and how I dealt with juggling all the roles I had.

The role as a husband and new father. The role of being a Christian, brother, son and friend.  It ended up being mostly about my adventures as a dad. I met a bunch of cool Dad Bloggers and I got to watch them get all famous and stuff while I secretly envied them.

Its like those ensemble TV show sitcoms that was really popular for a long period of time and after ten years the cast breaks up and some go on to be Jennifer Aniston and some become David Schwimmer.

I should call this blog "The David Schwimmer Blog".  That'll probably help me in regards to Google searches.

Look at that, I didn't even type in his whole name and it's the top of the concern for the current status of "David S"s.

How do you pluralize "David S"??  Was it like I did just a few seconds ago?  I had no idea pluralize was an actual word.  I didn't get the red squiggly line meaning I misspelled it like I do anytime I type "convenient".  You don't know it, but I misspelled "convenient" and fixed it.  I always seem to add an extra "i" in there somewhere.  Sometimes even spell check has no idea what I'm spelling.  So I just change the entire sentence around my poor spelling skills.

I'm self diagnosed with ADHD.

You've known it the whole time reading, but I just changed the name of this post from In Production to The David Schwimmer Blog so now you shouldn't be confused about the title of this blog.  If I get a call from someone with a New York or LA area code telling me to change it, that.. would.. be awesome.

Madagascarians has the red squiggly line underneath it.

I honestly didn't plan on spending this much blog space talking about David Schwimmer. I have nothing against him personally.  While the picture of his profile on IMDB isn't the most flattering, I do approve of his beard.

So hopefully moving away from David Schwimmer.

I'll cut it there.

My apologies to Mr. Schwimmer.

Schwimmer has a red squiggly line under it FYI.