Posted by ericdbolton on June 14, 2013
“I participated in a campaign on behalf of Dad Central Consulting for LongHorn Steakhouse. I received a gift card to facilitate my review and a promotional item as a thank-you for participating.”

We don't go out to eat a lot in Boltonshire.  A lot of it is that I don't get to eat.  We can dehydrate the kids all day, and them have them go potty before they leave, they'll still have to use the bathroom at least two times each.

And yes, I know Longhorn Steakhouse is not part of the University of Texas.

Well, Longhorn Steakhouse gave me $75.00 to visit a restaurant and consume their steaks and visit their bathrooms at least twice per each kid, then tell my three readers about it.

Originally, I wanted to take Kristie out to dinner and show her how I'm a high roller and give her a $37.50 spending limit.  Well, that plan fell through with Loreli got sick.  Kristie didn't want to be away if Loreli's condition worsened and have to rush to get her.  So it was decided that I would take Michael and give him the same spending limit.

That boy is a mutant.  His mutant ability is to order the most expensive item on the menu.

Well, Loreli did have to go to the emergency room and the Eric / Michael hangout was cancelled.  We rescheduled for Monday after work. But this time EVERYONE was going.  So there goes the $37.50 per person.  It has to be divided by SEVEN people now.

And eight trips to the bathroom.

I walked in and was surprised.  In my mind, I had always pictured it something akin to Texas Road House, but it is not.  It is a casual dining restaurant. There's no peanuts or shells on the floor.  We got there around 4:30 PM, which was on purpose and before any dinner crowd.  We were placed in a corner booth and reviewed the orders.  We deducted what the kids' meals should cost and figured about $18.50 for Kristie, Michael and I.

I was concerned we wouldn't have enough but, there were plenty of plates available.

All in all we had a great time.  We enjoyed the food and the service.  I would definitely go back again, but this tie with just Kristie.

We also grill occasionally at home.  Longhorn Steakhouse provided me with a set of four steak knifes for when I want to get my steak on at home. 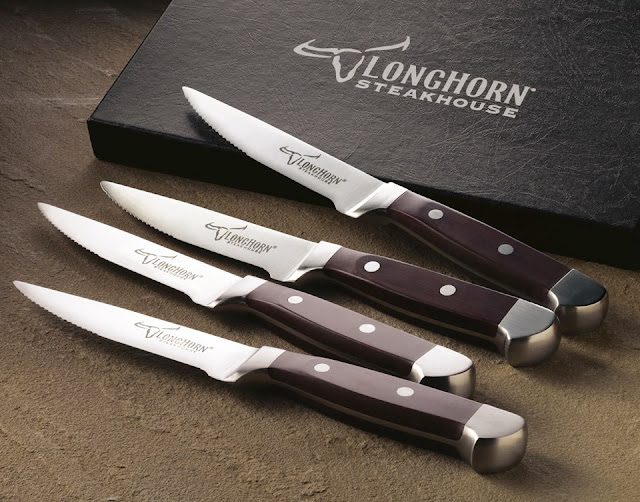 They also want to promote some grilling tips for those who like to grill at home. 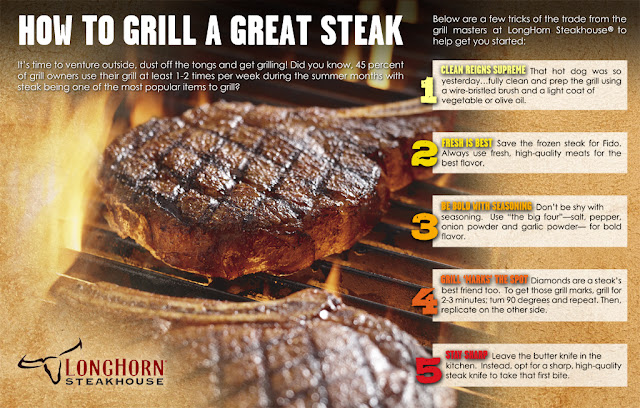 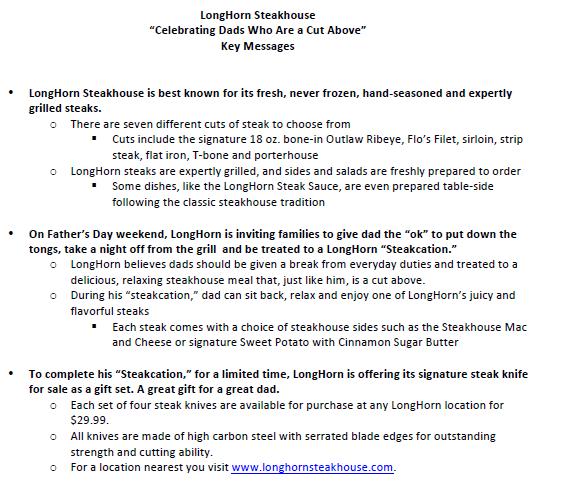