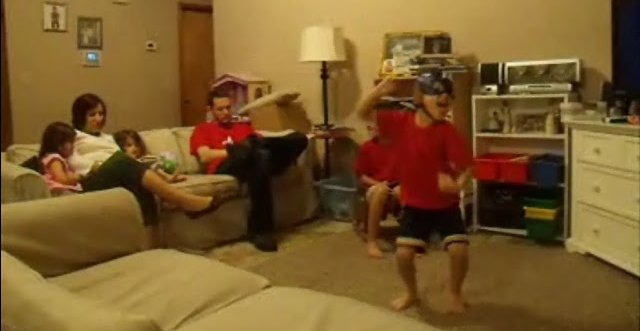 Thursday before lunch, I had no idea what the Harlem Shake was about.  I might have seen some mention of it in my Facebook news feed, but I didn't pay any attention to it.

My curiosity finally got the better of me during lunch when I saw the Norwegian Army Version.  I honestly was like, "what the heck was that?!?"  I kept looking through the related videos and came across from one done at the University of Texas where Michael currently goes to school.  A quick text exchange with him revealed he was not a participant.

More videos viewed during lunch and most of them seemed like frat boys being frat boys.

I thought there were some fun ones and decided I was going to make a Boltonshire version.

I think we're the only one of our friends who actually went through with it.  That's cool though.  My family is awesome and we like to have fun looking awesome.