Posted by ericdbolton on May 03, 2012
Twelve months ago, there were four kids in our house that were in diapers.  Disco, Celi, Emsters and Destiny.  Sometimes we'd skip health insurance payments, just to buy diapers.

But I always had my daily Dr Pepper!!!

So we scared Disco with the Poop Monster eating his butt off last summer and the intervention was a success.  He joined Team Tighty Whitey and we were down to three.

We had continuous health coverage now, just not car insurance.

But I always had my daily Dr Pepper!!!

In August, Destiny left along with her diapers and we were down to two.

Now I could have TWO daily Dr Peppers!!!

We've been trying to get Celi on the pot for a while now (the toilet, not the marijuana), but she was scared and did not want anything to do with the toilet.  Maybe she heard the story about the Poop Monster and took it the wrong way.

So at the last diaper purchase, I told Celi this would be her last package of diapers.  When they run out, she will have to start panties.  When I told her this, she was cool.  When her mother told her, she got pissed.  On Sunday the diapers ran out and Monday morning KC started the "training".

Celi was scared of peeing without a diaper on.  Kids just love sitting in their own waste apparently.  They called me and I promised her I would get her something that worked on her older sister getting her trained. 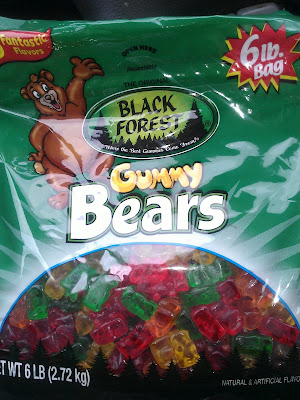 The bribery worked because less than an hour later, I got this picture. 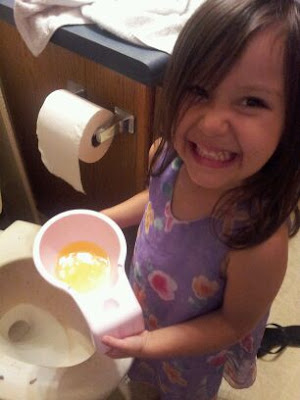 Look how excited she is!!!  Don't worry, it's not really pee.  If I can help make a Superman painting, I can make food coloring and water look like pee.

Just joking, it really is pee.

MY DAUGHTER'S PEE IS ON THE INTERNETS FOREVER!!!

After the initial pee in the potty, it was on like Comic-Con!  She's been going herself without us having to remind her to go to the restroom.  So now all we have left is Emsters.  I think she'll be easy, we'll have her scared of the Poop Monster by Christmas.

Have a great day my friends.
beware of the poop monster celi gummie bear potty training