Posted by ericdbolton on November 29, 2011
So a few months ago, I was chosen to partake in a series of blog posts testing, talking, using and reviewing The Brother P-Touch Label Maker.

In case you missed the first post (or you want to read about me trying to blow stuff up), clicky herr for the P-TOUCH LABEL GAUNTLET OF DOOM!!!  I basically ran the label through a series of X-TREME hardcore matches to try and get it to submit.

Now this month, I had to use the label maker to, umm... uh... make labels myself.  I had to use them in a bedroom / playroom setting.  Seeing as how the young folk of Boltonshire, pretty much claim ANY ROOM as their playroom, I figured I had carte blanche to use them anywhere.

So let the labeling begin.

Now if you've been a reader of this blog (even before I stopped posting with varying frequency), you know I have a lot of kids.  Really, I do.  It's not just a gimmick I have to get reviews. I honestly have about 285 pounds worth of kids.

I can promise everyone on the face of the earth my wife will add up the weights of the children and tell me I'm wrong even if it's by half a pound.  Seriously, Sweetheart.  It's okay.


So, 285 pounds of kids you tend collect a lot of shoes.  Especially since 95 pounds of them are girls (which equals 7,231 pairs of shoes).  For a long time, we'd try to put all the shoes in one bin, but it would always over flow and there'd be a ginormous pile of shoes on the floor.  KC and I would be sifting through the shoes to find matching ones while running late for church.  It literally monopolized 15 hours of our day.

Then my amazing, always right when it comes to the stats I post on this site, of a wife decided to give the kids their own bins.  It was followed up by Mr. Brother P-Touch Label Maker putting the proverbial cherry on top. 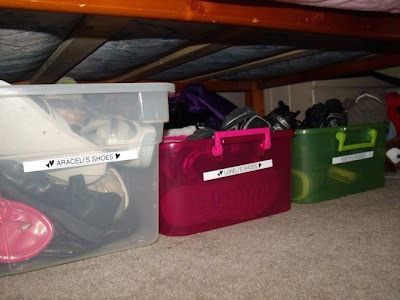 Remember earlier this year when I found that HUGE comic stash from the late 60's to early 80's?  I'm slowly going through them, trying to inventory what's in each box.  I figured it'll be a good idea to break out the label maker and label the bins with the respective comics inside.  Like so... 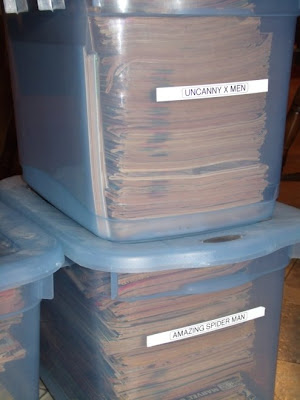 It's cool and all, but since they're not locked away anywhere, if anyone were to break into my house looking for the comics, they'd know which bins to go to.  They'd skip over the Howard the Duck bin and go straight for the Uncanny X-Men.

You know how earlier I mentioned I have 95 pounds of daughters in the house?  Before The Emsters was born, our space was limited.  We didn't really have a place for a new dresser.  We did have a bookshelf that was constantly being de-booked by the children.  Eventually, I just got rid of the books and threw them up in the attic.  We replaced the books with The Emsters clothes.  Again, my wife had the idea to put the clothes in bins and label the bins.  As seen herr. 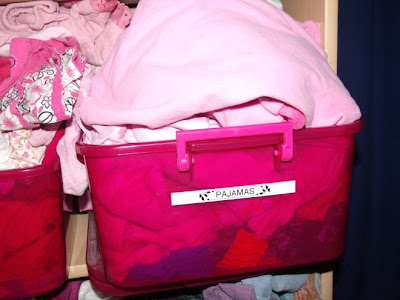 I used to have this bit here on Juggling Eric called My Starving Artist.  Ladybug said she wanted to be an artist when she grew up.  So I posted her pictures here to showcase them.  Her Gigi (my mother) got her an art case for her birthday this year.  Even though it's the only art case in the house, I labeled it anyways. 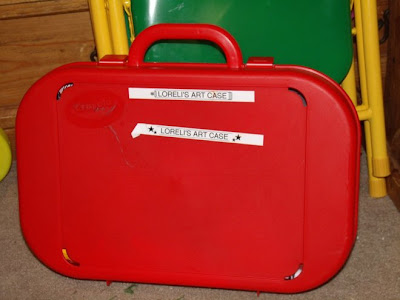 During the P-Touch Label Maker Gauntlet of Doom post, it was impossible for me to get the label off the plexi-glass short of scraping it against a tree trunk and street curb.  As soon as The Emsters saw something new, she had to try and destroy it.  She proceeded to take the label off Ladybug's art case with no issues what so ever.  She didn't even need nail polish remover.  I printed a couple more for Ladybug  just in case.  I even pressed them to make sure there were no air bubbles.  Sure enough, my youngest offspring took it off no problem (as seen in the picture above).  So as long as The Emsters is not in your house, your labels are safe.

Now I didn't want to leave everyone else in Boltonshire out, so I had to include the other members with their personal belongings. 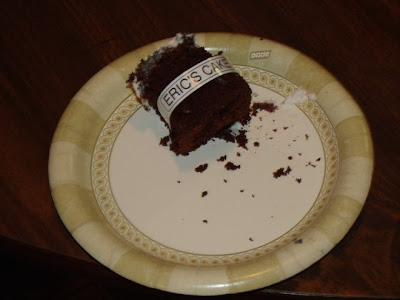 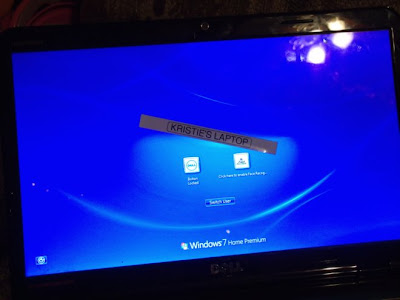 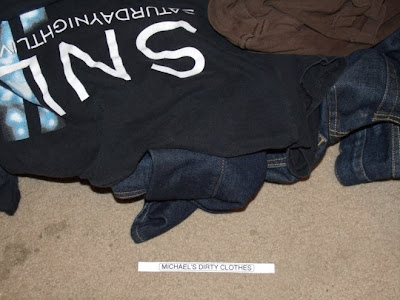 The labels are great, I haven't even discovered all the options yet aside from the frames and designs.  I would have done more for my comics, but I am not sure on the amount of tape that's available in the sample cartridge.