Has your kid ever noticed something you didn't?  I'm not talking about the obvious stuff like mom's eyebrows after she had them done and the such.  I'm talking about things that you didn't even know they needed to be noticed.  Whether it's a connection they didn't realize existed or just something pops out to them based on how they look at things.  Ladybug did this the other day.

Let me introduce you to some people.

The kids love them some Power Rangers.  Since we got Netflix they've devoured a couple seasons already.  One of their favorites is Power Rangers Zeo (the third incarnation of Power Rangers).  They're pretty much the same as the original Power Rangers, but they get their power from "Zeo Crystals" and their uniforms are lame.

Anyways, Ladybug came up to me one evening and told me she figured out why the Zeo Rangers had their respective numbers.  I was probably busy with something so I gave her the patented parental uncommitted, "Oh yeah?" not really paying attention.  She started to explain (again with me not really listening), when she said something that caught my attention.

"Their numbers are the same as the shapes on their helmets."

She then went on to explain...

Pink Zeo Ranger 1 has a circle with one line around. 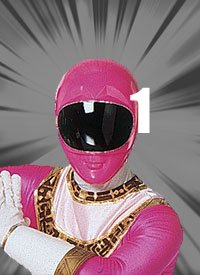 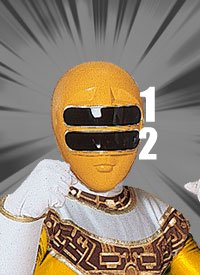 Blue Zeo Ranger 3 has a triangle with three sides. 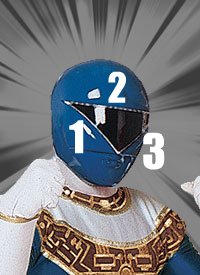 Green Zeo Ranger 4 has a rectangle with four sides. 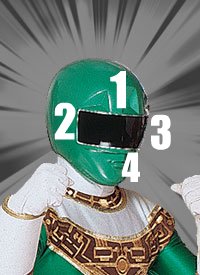 Red Zeo Ranger 5 has a star with five points. 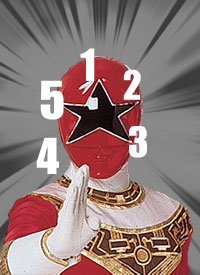 I looked at her in amazement.  Not because she discovered her own Zeo Crystal or anything, but because of the extrodinary astute observation she had made.  It's one of those things that as far as I know is not mentioned in the season (I've only maybe seen a few episodes and none of those all the way through), and she managed to see the pattern.  I'm sure the original designers from the Japanese show intended it that way, but I was proud of my daughter for her processing ability.

I brought it up to MaddSkillz who was equally amazed as I was (probably even more so since he watches it with the kids and didn't catch it himself).

While it's painfully obvious NOW since it's been pointed out, don't go saying you knew about this or figured it out just by looking because you didn't.  Or else it would be under the trivia section on IMDB (which it isn't).

While writing this, I remembered MaddSkillz told me how later in the season a Gold Ranger joined the team as the sixth member.  So I Googled the image just to see if the pattern kept. 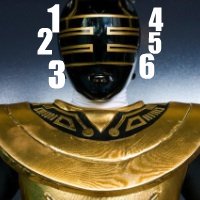 I should have her watch LOST with me to see if she can solve all the mysteries that were left hanging at the send of the series.
Have a great week my friends.
netflix pattern power rangers power rangers zeo red power ranger