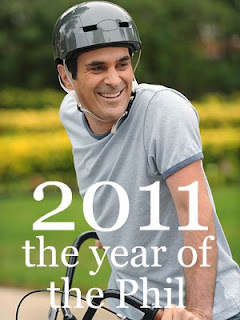 Phil Dunphy for Man of the House's 2011 Greatest TV Dad.
I feel a great dad should care deeply for his family.  A great dad should be able to see the humor in things his family does and appreciates his family with a huge heart.  A great dad can sometimes be a dork.  A great dad should be funny and speak his mind in his own way where people listen and his wife rolls his eyes.  A great dad should have a hot wife and a Hispanic mother-in-law.
But since I am not on TV, I am putting my full support for one who is....
Phil Dunphy from ABC's Modern Family.
Phil is currently entered into a 32 TV Dad Tournament to determine the greatest TV Dad.  The bracket style competition over at Man of the House is pitting #1 Division Seed, Phil Dunphy with eighth ranked Homer Simpson.
This is how Phil feels about parenting: "In nature, fathers are known to eat their young. Is it because they're delicious? No. It's because they want to give their female... bear, giraffe, what have you... the honeymoon they never had. Just to be clear: I don't condone eating your kids, although I sure as heck know why giraffes do it." [source]
According to Man of the House:

Thirty-two of TV's most famous and infamous men were selected and seeded by a team of editors and contributors to ManoftheHouse.com based upon four criteria:
1. Shared Household Responsibilities
2. Relationship with Children
3. Personal Health/Style/Appearance
4. Work/Family Balance

Now if you  think Homer Simpson wins in any of those categories against Phil "The Deal" Dunphy, then you are a 21 year old d-bag living in 1994. 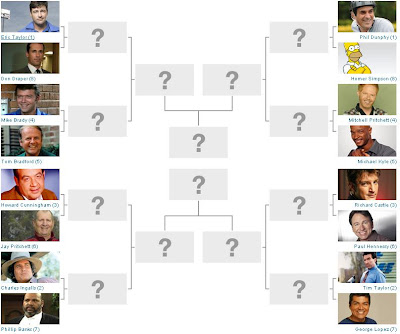 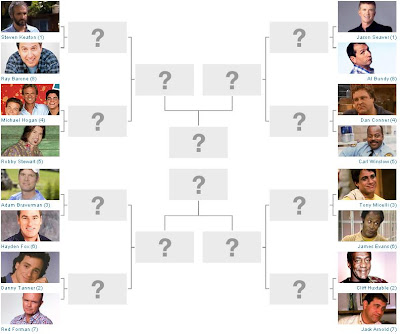 He'll then take out the odd's on favorite dad can do no wrong Cliff Huxtable in the championship round to win the title.

ManoftheHouse.com encourages visitors to come back every Monday for the next round of battles.  They can vote for whoever they want how ever many times they want.  The champion will be revealed on on June 17th.


“I wrote this review while participating in a blog tour campaign by Dad Central Consulting on behalf of P&G and received promotional items to thank me for taking the time to participate.”


If Phil doesn't win.  I sure as heck won't mind seeing a Jay Pritchett versus. Al Bundy in the finals.  What about you?