Comic book geeks across the country know that a live adaptation of DC superhero Green Lantern is coming to theatres this June.  Like anytime a new comic movie comes out, the toy shelves are filled with  toys and actions figures with the logo plastered all over them.

Well the good folks at Mattel and Dad Central Consulting, knew I was one of those comic book geeks and hooked me up with a couple of Green Lantern toys based off the upcoming movie.

If you can't read the font because of the size of the picture, try clicking the image to see a larger version. 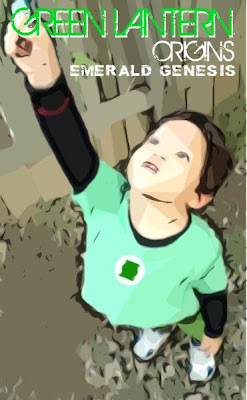 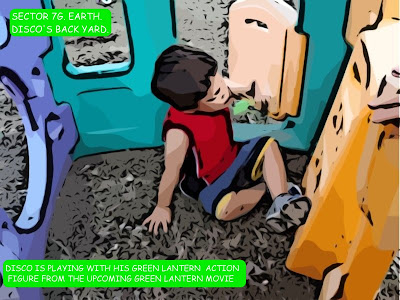 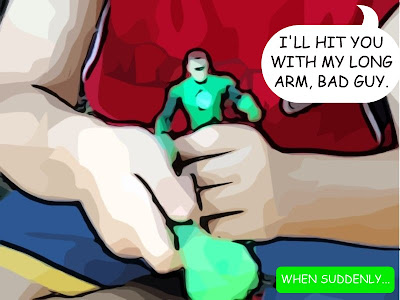 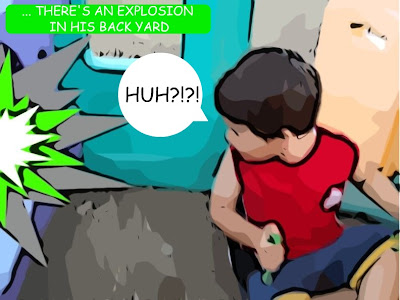 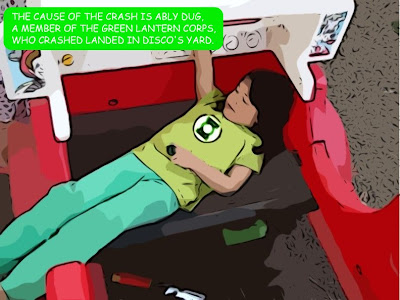 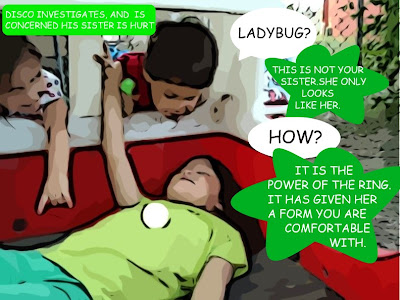 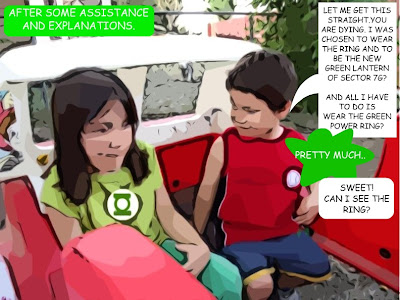 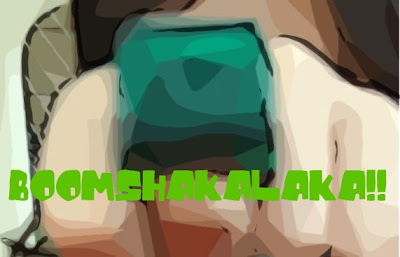 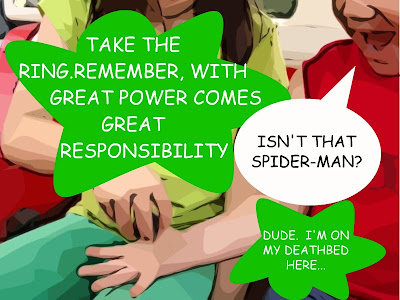 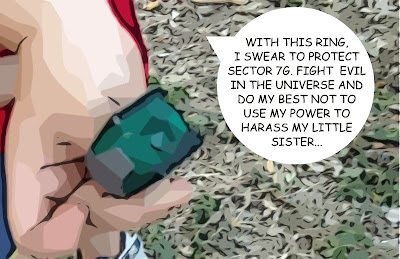 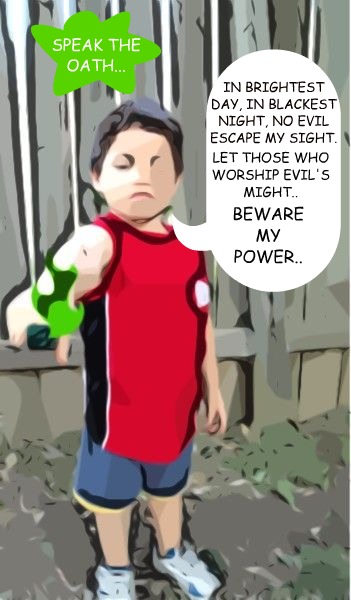 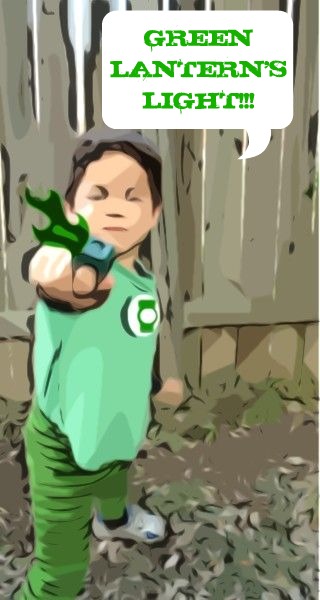 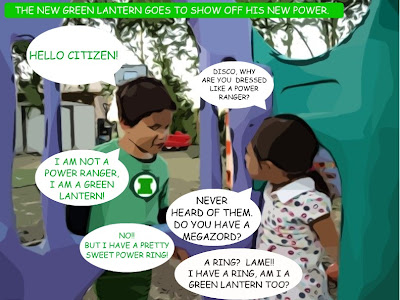 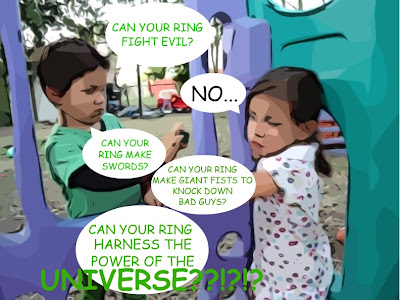 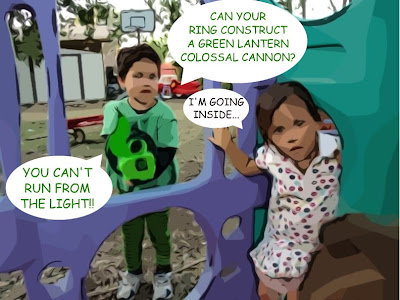 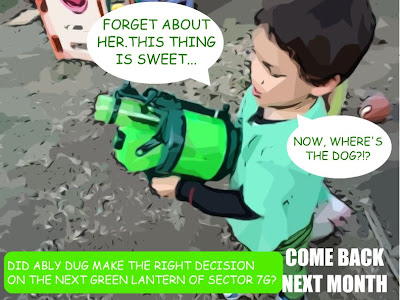 So there you go.  I've been wanting to make a comic for 25 years and I finally was able to get one.  Sure it's digital.  Sure there's the whole DC owns the copyrights to the character, the ring, the oath and stuff, but what can you do?

The Action Figure is your standard action figure.  The likeness is pretty darn close to that of Ryan Reynolds.  Now, I've only seen Ryan Reynolds on TV, so I can't vouch that it's an accurate representation.  It comes with a cool movie power ring, that unfortunately does not form green weapon constructs.  The green hand that comes with the Hal Jordon figure, connects to his fist but it makes the character unable to stand on it's own.  You would need to position it so the fist is propping up the figure.

The cannon is pretty sweet in itself.  It comes with ten disks you can shoot out Gatling gun style.  It lights up and has machine gun rapid fire sounds.  I only gave the kids three disks because I knew they'd lose the 10 if I kept all ten in the chamber.  There's enough to shoot one at each other (which I'm sure Mattel does not recommend).