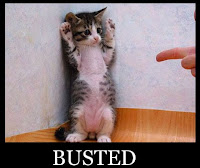 It's no big secret I'm kind of a big deal dork.  Sometimes, I try to act like I know what's going on in the world of the manly men but there is only so much Spike TV I can take.  When it comes to sports, I'm total band wagon.
If you were to ask me about the game the other night, I wouldn't be able to even fake an answer.  But ask me about Top Chef All Stars, Project Runway or WWE?  I'm all on top of that stuff.  Want comic book movie adaptation information?  I'll tell you the up to date info on that shiznit.
Once in a while I venture out of what I know in attempts to appear to be less dorkish.  So I sign up to play fantasy sports.
Last Fall, I played da fantasy foosball with my brother's league.  I lost the first game, won the next two and thought I was on a streak then subsequently lost the next nine.  Seriously Brett Favre?!?
This past week, I decided it would be the first time I would participate in NCAA Basketball Brackets.  I still had no clue as to how good any of the teams were because they don't show games on Nick Jr and none of the Power Rangers are on a team.
I made my best guesses.
So I decided to check Monday morning to see where I was at in the standing and apparently I did so horrible, this was splashed across my results screen.

Well I guess that settles that.