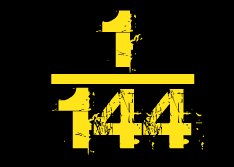 American Hero, Jack Bauer usually needs 24 hours to save America and the world.  Here in Boltonshire, I only need a fraction of that.

Let me set the stage.  I telecommute from home.  I have for a while now.  It saves on gas and water because I don't have to shower.  I can see as well as hear my family screaming all day.  KC does a good job trying to keep the kids to a minimal decibel level while I am on the phone.  I'm on the phone for eight hours.  Me being home gives KC the opportunity to run do stuff while the kids nap.

This was the case on Wednesday.  Celi and The Emsters were down for their afternoon naps.  Good until at least 2:45.  KC had to run some errands real quick and took D with her.  Disco and Ladybug were honing their skills on the Wii.

My break was supposed to be at  2:15, but a call ran long so I was late going to break.  The Emsters woke up at 2:14 and Ladybug got her out of her crib and she was cool watching her siblings play.  KC is still out and about with D. 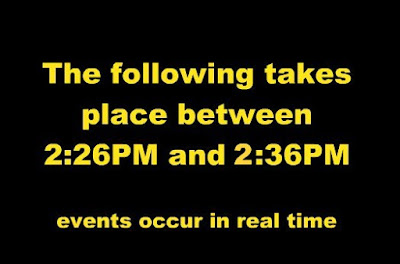 2:26
Our Hero logs out for his ten minute break and goes into the living room with the intention of taking snack orders.  Disco and The Emsters are in the living room and Eric hears Ladybug in the restroom.  Before he starts with the orders, he decides to take Disco potty since he's in the training stage right now.
Daddy:  Hey Buddy, do you need to go pee?
Disco:  I already did.
He feels his son's shorts as Disco's rolling a bowling ball down the lane.
Daddy:  Disco?!?!  Just because you're playing the Wii doesn't mean you can't pause it and go to the potty.
2:27
Our Hero can not go into the kids' room to get him a fresh pair of undies (if there's even any in the drawer) because Celi is asleep and he doesn't really want to wake her up.  So Eric goes to the pile of clean laundry  (Yes a pile of clean laundry!  It's better than a pile of dirty laundry.) to search for a pair of shorts and  toddler tightie whities
Got the shorts, but no underwear.  Now the only option is to either put a diaper on him or go wake up Celi if you go look in his drawer.
2:29
As Eric returns from his room, Ladybug is running from the bathroom naked.  Not just only wearing panties.  She is full on naked.
Daddy:  Ladybug, what are you doing?!?!
Ladybug:  Daddy, I wasn't taking a bath or a shower or anything like that.
Daddy:  So then why are you naked?
She leads him to the bathroom where there's a puddle on the floor.
Daddy:  What's that?!
Ladybug: Pee.
Daddy:  Seriously?!?!  Ladybug you're five!  If you have to go, pause the Wii and go.  Don't hold it.  Go get dressed while I clean this up.
Our now-frustrated Hero cleans up the pee and has to make the decision to wake up another kid who will possibly be soaking wet was well.  Eric opens the door to the kids' room, he is followed by The Emsters.  Celi doesn't wake up, but is "gently persuaded" by the Emsters and now joins the ranks of the recently peed.
2:31
Digging through Disco's drawer produces no results, so a diaper it is.  Eric will put it on him and let KC search for more when she gets home as his time is quickly ticking away.  He goes and grabs three diapers.
On the way to change Disco's shorts, Ladybug yells.
Ladybug:  Daddy, I don't have any panties!!!!
Daddy:  Super!
He bypasses the changing of Disco to return to the now strewn about pile of clean laundry to search for a pair of panties for his daughter.  He finds a pair that he hopes still fits and returns to ground zero. He throws them at Ladybug, and tells Disco to lay on the floor.  He changes then shoves him out of the way to change The Emsters sagging diaper.
2:33
A quick reveal doesn't surprise Eric that The Emsters chunked a deuce in her diaper as well.
Daddy: Super!!
A hurried look at the clock and to where the wipes are usual not where they are supposed to be and a scan around the living room and kitchen, reveals the wipes are gone. Eric gets up goes back to the closet with the diapers and wipes to get an unopened package, rips it open and begins to clean The Emsters.
2:35
He attempts to change Celi, but she refuses and Eric did not have time to fight.
With thirty seconds left, Our near-exhausted Hero grabs three string cheese sticks and two crackers and lets the natives fight over them.  He makes it to his desk with no time to spare.
-------------------------------------------------------------------------

2:37
Eric, having to share the story with KC verbally in lieu of text, gives KC a call.
KC: Hello?
Eric:  I wanted to share a story with you.
KC:  Okay, but I'm in the driveway.
Eric:  Super!!
24 boltonshire events occur in real time jack bauer