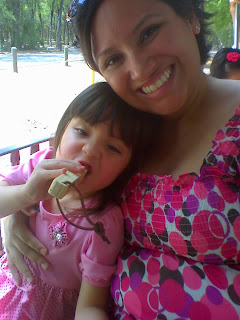 [ -Scene: Eric is working at home and KC comes into the room, stands at the doorway and asks what has to be the most important thing at the time and there needs to be an answer and decision RIGHT NOW! - ]


KC: Aliens have landed two blocks down, they're blocking traffic and I need to get to the store for one can of tomato sauce. The dog got out of the yard and is leading the resistance against the impending alien invasion. Tomorrow I have a meeting but it's the same time as Ladybug's baseball practice and MaddSkillz orthodontic evaluation. But I don't know if that's even still on because of how close we are to ground zero or even if our electrical devices still work. Mom is coming over to take Disco to the mall and Celi is throwing a fit because of it. And I don't have enough frozen milk for Em. What should we do?

[-Instead of going "WTH?!?!" Our Hero doesn't say anything, but starts running different scenarios through his head at lightning speed. Like one can of tomato sauce isn't something that I want to risk the safety of my family in the wake of an alien attack. If the dog got out, more power to it. If the meeting is that important, we can just not go to the one practice and reschedule the appointment. Tell Mom not to worry about it because no one will be going out during the attack anyways. And since you're not going anywhere, we won't need to give Em frozen milk because you're here and you can........-]

KC: NEVER MIND!!! You're sitting there with a blank look on your face.. I'll take care of it myself!!!!

I was literally half a second from solving the problem, but it wasn't quick enough, the aliens had almost overtaken the grocery store and all it's tomato sauce.

[ - Scene: Eric is working at home again and is called to the backyard to deal with the Happy problem. Happy likes to jump on the kids while they play outside. Eric has solved the problem before by putting her in the carrier. Happy is getting big, and Eric feels bad and is assessing the situation on how to barricade him in the larger doghouse so he won't get out. "Assessing" meaning, not saying anything, but standing in one spot of the back yard thinking about what will work the best. Ladybug is standing at the backdoor. - ]

Ladybug: Daddy, you need to put Happy up!!!

Ladybug: You're just standing, what are you doing?

[ - A couple seconds go by and I almost have the solution-]

Is it just a female thing? Do they expect men to have the answer to every problem right away? Should I tell them, "Hold on, I'm thinking??" It's not an automatic reaction for me to do that. My initial response is to start solving the problem in my mind? I know if I would have told them initially that I was thinking of the solution, they wouldn't have gotten all frustrated. But they should know I'm not an epileptic like Silas Marner or Patrick Star.

Do you have similar situations like this?  Or is this going to be my life with a wife and three daughters??

Be sure to check out Dad-Blogs and Fatherhood Friday, if you have the patience for it that is.