A week or so ago, Keith a fellow dad blogger over at Almighty Dad posted a link to DadsWorksheets.com. The website has hundreds THOUSANDS of printable math worksheets. There are different levels ranging from pre-Kindergarten all the way through basic Geometry.


When I read this post I immediately thought of Ladybug. She's been wanting to go to school for a while now. She knows where her school will be and there have been times where she's gotten ready for school all by herself. She turned four in October, so that makes her a "late starter" when it comes to going to school. Versus her older brother who was born in August is going to graduate before he turns 18.

Well, I downloaded a worksheet that dealt with addition on one hand.

I sat Ladybug down and explained to her what addition was. She already had the basic understanding of addition and subtraction from our bath time together.

No, it wasn't if I add soap to a rag and make you smell it, will it equal you screaming.

I would give the three kids a bath together (Ladybug, Disco, Celi) and I would say:

"There's three kids in the tub now, how many will there be when I take Celi out?"

She would answer "Two."

I would do the various options there could be adding and taking away kids.

So I went through the first line with her. I told her to put the number on top on one hand, and the number on bottom on the other hand and count the numbers. That would be her answer.

To make sure she understood, I helped her with the first line by making sure she got the logistics of it all.

She did the rest and here are the results. 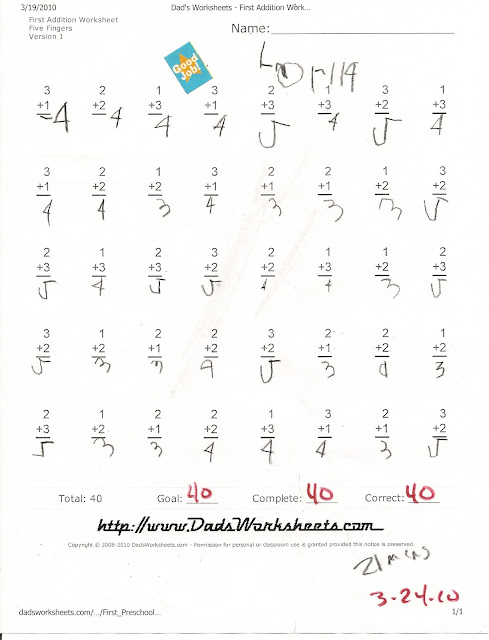 As you can see she did AMAZING!!!

She got her Daddy's looks and her Momma's smarts.

I realized that 40 questions is a lot for a 4 year old when I gave her another worksheet the following day. About 10 correct answers in, she would just answer every problem with "4".

I asked her about this and she said that "4" is her favorite number.

I told her she did good with what she did seriously, and discussed that we won't do full worksheets in one sitting right now.

Especially while Max and Ruby or Wow Wow Wubbzy is on.

A few days later, I wanted to see how smart my little Mensa was. So I printed up this worksheet and told her to go at it. 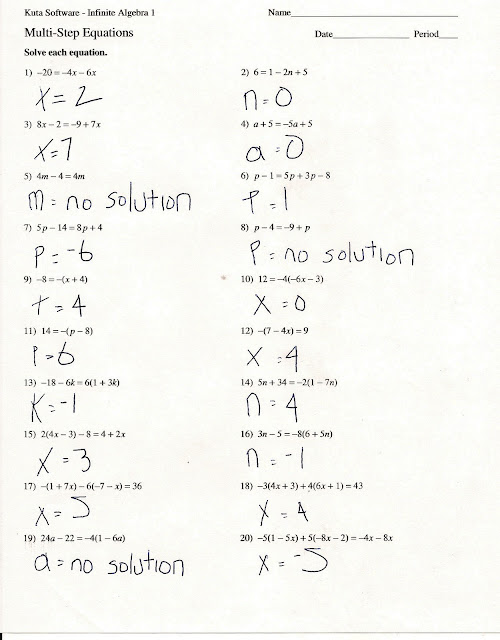 As you can see, Daddy's Little Ladybug has MIGHTY MIGHTY MATH POWERS. I just wish she'd show her work.