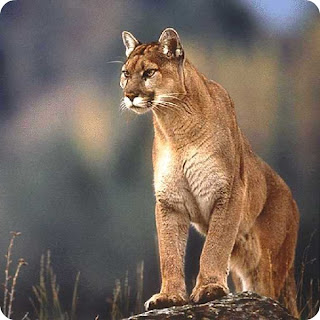 Like my post about Em on Wednesday, I wanted to dedicate a post about MaddSkillz for no other reason than the lack of stories about him.  Unlike his siblings Ladybug, Disco, and Celi; he doesn't get a lot of "air time".  If my family were the cast of Lost, he'd be Jin.  You know him, you care about him. You don't want him to die.  But there's no main story with him.

But I'll have to save the post about MaddSkillz' lack of stories for another day on account he brought home some material for a blog post.

MaddSkillz is a freshman is high school.  His birthday is in August, so he's a young freshman at 14.  Most fish are 15 towards the end of their first year.  I preface with this and will come back to it shortly.

A rule that we have in the house that MaddSkillz is the first to experience is no dating until your 16 years old.  It was a rule he hated us for when he fell in love with this chick last year, but we stood by it.  Since then, they broke up.

He understands the rule and has respected it since the break up.  Respected meaning, not to get involved with a chick as not to hate us for keeping them apart.

It's just like Twilight except with not as cool hair.

I guess.  I never saw Twilight.

So,  MaddSkillz comes home Tuesday night and he asks us a question.

"What would you say if I was asked to the prom?"

I sure as heck ain't paying for it, I thought.

Yes a High School Cougar is wanting to take my son to prom.

KC is beaming for some unknown reason to me at the time.  Me?  I state "the rule".

"The Prom is a date, we said no dating until sixteen.  Sorry."

"But the Prom is something special"  KC informs me.

"Does she think you have money?? Did she lose a bet?? Is this like that movie, 'She's All That'?  Are you going to get a makeover by this chick?  Is she white??"

KC get's annoyed with my barrage of purposely annoying questions because her questions aren't being answered.  Like, is she paying for your ticket? No. Are you going to have to get a tux? Probably.  Are you paying for dinner? Doesn't know.  Who's driving? Doesn't know.

"Prom is special.  If any of my beautiful daughters were a freshmen and got asked to Prom by a Senior, I would let them."

Excuse me?!? Where the heck is President Obama??

What the heck is my wife thinking?   Offering my freshmen daughters up to a Senior boy like they're the Virgin Connie Swail??  A boy that can legally, smoke, vote, and be approved for credit cards and book hotel rooms for "after parties"??

I need you again, Barack.

I realize the sort of double standard I'm putting here.  I'm not all "AW HELL NAW" with just the thought of MaddSkillz being asked, I just stand by "the rule".  I would stand by "the rule" when it applies to my daughters and even Disco as well.  Barack and I are just "AW HELL NAWING" the fact my wife has no problem with it.

As it turns out, MaddSkillz informs us that he is like a "candidate" for her to go to Prom.  So MaddSkillz is again like Jin from Lost.

What about you? Do you plan on having rules when your child reaches the "dating years"?  Would you have a problem if they were a freshman and were asked by a Senior?

Oh, and I would like to reply to my mother right now.

Yes Mom, when I was a freshmen in high school I would have LOVED to have been asked to the Prom by a Senior.  I would have loved it even if I was a Sophomore.  I still would have been excited if I was a Junior and it happened.  Even as a Senior.  Sadly, I was not.  Your son was the awkward one with no confidence.  But it doesn't mean I should allow my kids to do it. Love you.

When you're done with this, why don't you head over to Dad-Blogs.com for Fatherhood Friday.
Have a great weekend my friends.


[-POST EDIT-] This post was written earlier in the week.  I found out yesterday that MaddSkillz is no longer a "candidate" for the Senior Cougar.
COUGAR high school prom maddskillz