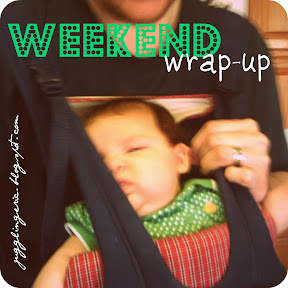 The plan this weekend was to get ready for the "brush pick up" on March 15th. Brush pick up happens twice a year (usually in March and August), and is the time we are able to throw whatever the heck we want too in our front yard and the city comes by to pick it up.

I was going to start on Saturday, but my wife went to spend my hard earned money on make up a Mary Kay party. I will never understand women and their make up. Tell a woman about AVON or Mary Kay and they go crazy. Women will place orders every three weeks for new make up. The kids could be eating top ramen for two weeks, but somehow she's still able to get her super shadow eye liner with rotating extended bristles.

It was a last minute invite and KC really needed to get out for a little bit before she killed her husband without the kids. She had a good time but was sidelined with a migraine and I wasn't able to get outside.


I was going to attempt it on Sunday as well after Church, but it teased us with light rain the entire day.


This means I will have to take everything out to the curb everyday this week after work because we are attending a birthday party this weekend and nothing I plan ever happens the way I expect it too.


KC would call after being out for a few hours and I would stressing out like a mofo. Em wouldn't let me put her down without crying. I could get her to fall asleep, but then the it's like I laid her in a pile of sea urchins because she wakes up right away.


There were times where I could lay her down, but then four minutes later she would wake up again.


But I am proud to say that she has given me a chance. After almost 3 months, we have settled our differences and she decided to make up with me.


She now smiles at me. She lets me sit down with her and not cry. She also lets me put her to sleep for longer than four minutes.


It's a big step in our relationship because I was ready to book a flight to Maury to see if she was really mine.