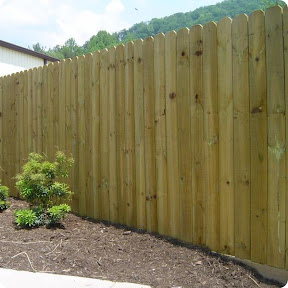 After dinner on Sunday, I was helping my wife set up her Avon Blog as the kids were playing in the back yard. They have a play set and a trampoline that were donated by their Cool Uncle Evan. For a while, the kids were scared to go outside because Happy would accost them. He has such been scared by my daughter's constant high piercing screams trained to stay away and chill why they are outside.

Everything was pointing to a normal evening until Ladybug opens the door and said,

"The boy next door gave me this flower."

There she was at the doorway holding a dandelion between her fingertips. 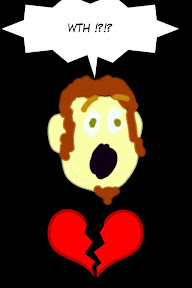 Have you ever seen Face/Off with John Travolta and Nicolas Cage? Remember when the daughter stabbed Castor Troy in the leg and then twisted it. The purpose was that it would be pretty hard if not impossible to fix.

That's how my heart felt.

Mainly because I thought about the boy next door that would give my daughter a flower. The kid runs into the street all the time without looking.

Heck, I've almost run over him a few times.

She leaves and comes back and says that he wants to play with her. I advised her she could play with him THROUGH THE CHAIN LINKED FENCE!!

KC looks outside and it's not the three year old street runner (of course not, he's probably out in the street) but his older SIX YEAR OLD BROTHER

Now that's something the President and I can agree on.

I look out the window and there's this six year old manipulator of four year old girl's minds. Ladybug comes back inside with two more flowers. One for KC and one for me.

I told her the rule that we've told MaddSkillz many times:

No dating until your sixteen!!


And I made a little amendment in this situation:

And the only time dating a boy 2 years older than you will be acceptable is when you're in your mid twenties!!

She went back outside and Little Lothario and her were talking through the fence. Then she ran to one side of the yard and then ran back. It turns out they were racing. He raced to the other side of his yard and whoever got back to the fence first won.

But I know it was because he didn't explain the rules in full to Ladybug. She had stopped at the far fence and when he started running back so did she. Her delay cost her the "W".

He went inside and she went to jump on the trampoline.

When she came inside, that's all she could talk about. Her new friend and how they were going to play together after he gets home from school.

I had to rethink T-Ball. Do I want my daughter in with a bunch of boys who will give her weeds from left field? Then I remembered that my daughter is the Queen of Awesomeshire when it comes to T-Ball and she's too good for the boys on that team.

Plus there's girls she hangs out with there.

Why couldn't we have a girl neighbor?

I know I need to calm down. It's just kids being kids. But is this the beginning of the end? Is this where she'll realize that Daddy isn't the only man in her life.

Aside from her brothers and grandfathers of course.

Chance are that when she starts school in the fall she'll talk about friends and a boy's name will be included.

Which is why I've decided that KC will home school my daughters.

After the flower exchange, KC thought it was a great time to go talk to Little Lothario's mother about AVON.

I took the opportunity to put a sign in our yard. 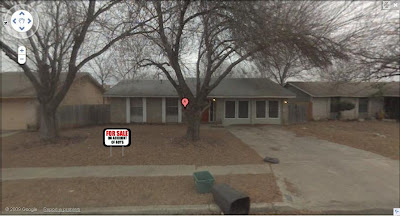 And while I'm waiting for an offer, I'm going to build a taller fence.

Be sure to check out Dad-Blogs.com and catch other Dads who would probably react the same way I did with Fatherhood Friday.