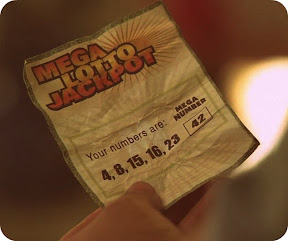 Having five children can get a bit overwhelming as expected. They wake up before God does and won't go to sleep until you take them down with Benadryl Tranquilizers. The in-between time could consist of crying, fighting, screaming, whining, not listening, running, slamming, hurting, arguing, and down right localized destruction. So every once in a while when one or more of them leave the house with KC or go with their grandparents somewhere, it's like winning the Super Mega Bonus Lotto.

Depending on which kid is gone, it increases my chance of getting a better payout.

MaddSkillz
Have you ever had a puppy? You know when you're eating something; the puppy will come up to you with sad eyes and beg for a bite. It doesn't matter what it is. The puppy will always come to you and want to try whatever you're eating. That's MaddSkillz. When he sees his mother or I eating, snacking, drinking something and it is currently not in his mouth; he'll want it to be in his mouth. So when he's not around. I know that I can enjoy my Chocolate Chip Cookie Dough ice cream without sad eyes puppy thinking we let him starve for not offering him any.

Super Mega Bonus Lotto Winning Numbers: 2. Not so much a win, it sucks that you spent your money. The only thing you lost was your ice cream.

Celi
My 15 month old daughter isn't that bad. Usually when she's gone, it's just not as many diaper changes. She's been the easiest between her, Disco and Ladybug.

Super Mega Bonus Lotto Winning Numbers: 3. You at least get your money back.

Em
She's only 6 weeks old. It is just the obvious maintenance jobs with her. If she's gone I'm not stressing out because she won't let me put her down or stay asleep while I worry about the other children.

Super Mega Bonus Lotto Winning Numbers: 4. It’s not hitting the jackpot, but you can get yourself something nice.

Disco
My two year old son is a cannon ball. When he's not home I can expect no fighting whatsoever. Now this is not because he is an instigator. But because his older sister loves to pick on him and he'll pick back. Ladybug doesn't fight with Celi so with him out of the picture, no fights. There will also be no sneaking into rooms he shouldn't be in. The other kids are also able to fall asleep and stay that way when he is not home. If we put his little sister to bed and then put him down half and hour later, he will shake his sister’s crib, yelling her name to wake her up so they can play.

Super Mega Bonus Lotto Winning Numbers: 5. You're excited about getting that many numbers, yet disappointed that you couldn't get all six.

Ladybug
My four year old daughter seems to cause the most ripples in the house. I noticed that when she's not home, I can watch whatever the heck I want to on my TV. Sure I should be able to take control whenever I want too. But sometimes, it's just not worth the trouble. The fits and temper tantrums will also be at a decline when she is elsewhere. Screaming at siblings will be at a decline and if the other kids are napping, it means I can too. There will be no talking back when you tell her that she can't do or have something.


I know this seems bad. Especially for my first born. They are all blessings. And to follow up, while I might celebrate or encourage that they go hang out elsewhere, I eventually start to miss them. Then when they get home, I can't do anything but hug, squeeze, and kiss them.

And honestly, I'd take them over Super Mega Bonus Lotto Winnings any day of the week.

Am I alone in my celebratory thinking when a child of mine is out of the house temporarily?

This weekend, Chris over at SAHD in Lansing, was very generous and did a very flattering and unexpected review of my blog. If you don't follow him, please go check him out.

You can check out the review here.