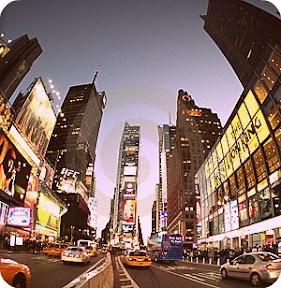 I know you can't tell by my youthful good looks, but I am the father of a fourteen year old son. MaddSkillz was born when I was 21 years old. I was a Junior in college and I had other priorities. My own priorities or lack of anything responsible continued for the next six years. He didn't even register in my mind. In fact, I didn't even know he existed until I met his mother in 2001.

He started participating in school plays in sixth grade and has had the theatre bug ever since. He's been in a few productions and even had a musical earlier this school year. He's really excited and would like to take this passion into something more professional once school is over.

We've had our share of fund raisers with him. Most of them resulted in us buying the last few items so he could get the light up pen and AM/FM flying disc. It puts us out a few bucks, but nothing can compare to what he wants to do next year.

Spring Break 2011 Theatre Arts is sponsoring a trip to New York City. Yep, New York, New York. The city so nice they named it twice. You can guess this is more than a light up pen, and this is going to cost me more than a few bucks at the end of it all.

Apparently, each kid gets their own private Gulfstream 5, limo and presidential suite.

I asked if Southwest flies to New York and if they could stay in a hostel or even with my mother who lives in Manhattan.

My conservative ideas are laughed at and ridiculed, then I am called lame by my son.

KC encouraged me that fund raisers are in place to help the kids earn their trip money. The trip covers everything but souvenirs and lunches. We figured that $600.00 would be sufficient. We decided that we could somehow find a way to get $600.00 to pay for his spending money.

We have idea for the other $1450.00. One was that we could ask each of my mother in laws friends for five bucks. She knows so many people that we would have the money in no time. We're going to ask family members, maybe do bar-bq plates, et al. But the main thing is that we're going to have MaddSkillz work for this because it is something that he wants.

But no sooner did we decide that we were going to pay for his spending money; I get an email from a company to put TWO links on my blog AND PAY FOR DOING SO!!

Blogging is finally paying me back!!!

Oh wait.. I have this big thing coming next year.

So I said that I would put the money that I get from pimping out my blog into the MaddSkillz New York Fund. I got paid 400 bucks on Tuesday and it's going to his trip.

By doing nothing, we're already 1/5th of the way there. If dollars were miles, he'd be a few miles short of Memphis.

I mentioned the other day, that I put a counter on the blog to track his progress. Along with everything else we have planned, I figure I could at least put it out there to see if any of my three readers would want to contribute. If not, cool.

But don't think this will be the last time I ask. I plan on having him write a post asking for assistance as well as a Q&A to guilt you into contributing.

So that's where we are. As soon as this companies check clears, you'll see that I sold out. All I really care about is that he has a great time and he gets me an "I LOVE NY" AM/FM Flying Disc.

Have you had to raise an exorbitant amount of money? What ways did you go about it?