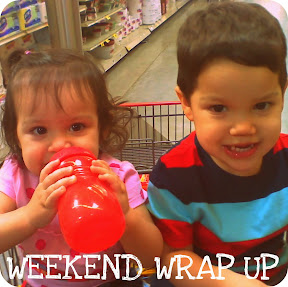 Shout out to William Henry Harrison today. Sure you were only president for 32 days, but you will live forever in Wikipedia trivia. Happy President's Day my friends.

For those of us who do not work for the United States government or live outside the United States, welcome back to the start of your week. I used to despise federal holidays. Usually because they always fell on Mondays. Sure it was cool when I was in school but when I became a home owner, it sucked cranberry sauce. Mainly because trash pick up days were on Monday as well. When you have a family of six, you tend to collect garbage and stinky diapers more often than your average 2.5/person family. I think that maybe San Antonio city government read an old MySpace blog rant of mine about the subject and they changed it to Wednesday and Saturday.

Now I just need to work on getting my son to take out the garbage on those days without being told.

***********************************
Speaking of my son, we took him out to dinner Saturday night. KC and I scheduled to spend time with him without any of his younger siblings around. He's a 14 year old teenager and he's at that point of his life where her feels all we want to do is restrict his freedom and change diapers. So in the continuing effort to schedule more family time, along with Bolton Family Movie Night, we plan MaddSkillz Time. We took him to his favorite restaurant, Red Lobster. I'm okay with Red Lobster and I wouldn't make it my favorite, but it was his time.

My son has this mutant ability to order the most expensive item on the menu. It's not like he purposely seeks out the high priced item, it just always ends up that way. Most of the time we tell him to pick something else, but Saturday we let him order the Snow Crab Legs.

Seriously, what 14 year old wants to order this?

My wife and I get a reasonably priced item, then save the leftovers for lunch the next day. My son NEVER has leftovers. It's one of those crazy idiosyncrasies that my children exhibit.

Shout out again to Nana and Grandpa Robert for letting us spend our Valentine's Day a day early.

***********************************
It was a six number weekend. Ladybug went to Houston this weekend with my father. It was my grandfather's birthday last week, and my grandmother asked if she could come up with my dad if he makes the trip. She LOVES going to Houston. The only thing is that thinks that my grandparent's house is actually Houston.

After we kicked MaddSkillz out of the van, I get a text from my aunt that is thanking me for letting Ladybug go visit. Before I had a chance to reply, I get another message with this picture attached. 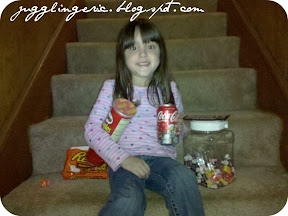 Now I know that these were all props to try and irritate me because we try to limit the amount of junk food our kids take in. if my three readers didn't know, my dad lives with us. He helps offset the cost of the mortgage since KC stays at home with the children. The kids love it when he comes home because he always has french fries or Chinese food. He started buying extra servings because they go eat his food while he's trying to eat it himself.

Many a times he has giving them candy and soda without our knowledge. We've requested that he doesn't give them these things in excess, but he pulls the grandpa card. It's nice to know that things haven't changed over the years. He didn't listen to me when I was growing up, why start now right?

During our five years of marriage, we only had one Valentine's tradition that stayed constant. That tradition was a baby being born approximately nine months later.

I believe that this year we went off tradition finally.