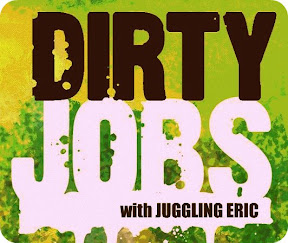 A cold bug has hit my house. It appears to only affect the female children right now. It started with Celi, stopped by to nag Ladybug and has set up shop with my five week old, Em.

Ladybug she is old enough to take the children cold medicines. They suppress it enough for her to feel okay in the interim. When she had her tonsils and adenoids removed last year, she was rehabilitated with popsicles. She now believes that popsicles are the cure for soar throat and runny noses. Which is fine with us. It keeps the whining and complaining to a minimum.

With Celi and Em, popsicles are not an option. They can't blow their own nose and they start to gag on their own snot.

Enter Torquemada, a.k.a. KC, my wife. Her way of torture clearing out their airways is with saline solution spray and the blue nasal plunger thing. If you have never had to perform one of these procedures to your own kids, it is equally comparable to that of water boarding.

The kids kick and scream as she restrains them in the attempt to help their breathing.

I am forced to participate outside my own free will. With the older kids I must hold their legs down while they look at me and say, "Et tu, Daddy?!?"

It breaks my heart. There are times where I've wanted to slap the torture devices out of her hands, grab her prisoners and make a run for it. But then her mind control powers keep me in check.

My wife is a telepath that rivals Professor Charles Xavier.

I have tried to escape with the children during the allergy season. But we didn't make it very far on account we don't know how to pack our suitcases or prepare for long escape trips without my wife.

It's a thankless job my wife has. She does all the dirty work because I can't. She clips the nails and takes the rectal temperatures. I tried clipping my son's nails once and drew blood. I tried taking Ladybug's rectal temperature once and she pooped at me. Usually I'm about doing something until I get it right, but sometimes I have to play good cop to my wife's bad cop.

I know she would love it if I did the dirty stuff once in a while, but it ain't going to happen. Just like I don't expect to see her climbing in the attic to rearrange our crap or climbing on the roof to patch up a leak. But without her perceived "dirty jobs", my kids or I wouldn't be where we were today.

While you're at it, check out these other dirty jobbers over at dad-blogs.com for Fatherhood Friday.
bad cop fatherhood friday good cop great wife nasal spray torture waterboarding