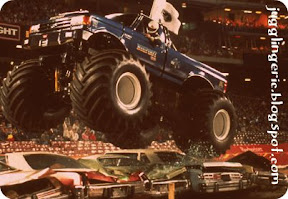 Today is my first "official" day back working in the office since December 18th. I had taken the week of Christmas off and worked from home since my daughter was born on the 27th. Part of me looked forward to going back to the office. Mainly because the screaming and crying would give me at least sixteen aneurysms a day.

In the past three weeks, my work production has suffered. Now its not 100% due to working at home, some of it was the type of claims I was processing. It will be naive to think that I am not going to be counseled about it in some form in the coming days. There were some days where my production was no problem. But more times than not, my wife would get the brunt of my frustration of low numbers. The frustration is anchored in the possibility that if I have two out of three bad production months, I will not be able to work from home until I can get it back up.

Now while I joke about getting aneurysms and KC sometimes feels that I really look forward to leaving the house, underneath it all, I would rather be at home.

As annoyed that I get, I'd rather be there when my children get up and start asking for things at 6:15 in the morning. Things that I will comply with like vitamins and "bee" cereal (Honey Bunches of Oats). Then there are the things which I deny like snacks, candy, and chocolate milk that early in the morning.

I've enjoyed holding my new baby during the day. I've barely seen her enough when I was home, now I'm going to see her even less. My other children probably woke up this morning wondering where their Daddy was. I'm not going to be able to see my wife during the day any longer either.

More than likely I'll be tagging in once I step foot in the door. But that's the case regardless. It is not like I walk in the door and tell her to give me a minute while I decompress from being away from four screaming, jumping, running, crying, eating, pooping, peeing, fighting kids all day. I usually land right in the middle of it when I get home.

So when my wife dropped me off this morning, I took a minute to get out of the van. I had already started missing her, the baby and the rest of the kids. It almost brought a tear to my eye and I had to get out of there before I lost it.

I miss you KC, MaddSkillz, Ladybug, Disco, Beautiful and Em. Sorry I had to come back to work.
going back to work monster trucks penguins of madagascar