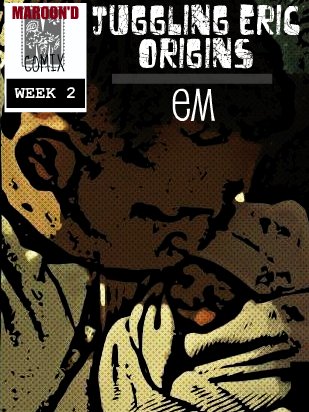 Is changing a newborn's diapers the hardest thing to do in the world or what? When I was a kid, I watched as my dad changed the transmission on his Ford Torino by himself. He positioned himself under the car and held up the transmission with one hand while tightening the bolts with the other. I would like to go on record and say that he had an easier time completing that task than I do changing my newborn's diapers.

Their legs won't cooperate like the older kid's legs do. If you hold up their legs they tend to want to roll over, totally messing up the position of the diaper you just adjusted for the sixth time. Then you have the scabbed up umbilical cord that needs to be cleaned and not pulled off by accident when you're rolling up her onesie.

I'm now about to dive into something that can only be appreciated by parents. And by parents I mean parents who have been actively involved in the raising of their child. Parents who have seen the ugly nasty side of being a parent to a snot infested, poop stained, dry food crusted baby.

This may not be for the feint of heart. Honestly, this can get disgustingly graphic.

I'm warning you. It's about baby poop.

Sunday I'm changing Em's diaper, she has some specks of dried poop on her butt and I'm concentrating on getting them off when she poops at me.

Yes, she pooped AT me. It wasn't like she pooped in the process. It was like a cannon shot during the civil war.

And it hit me.

You have got to be kidding me.
I'm sitting there in shock when she starts to pee.

Seriously?!?!
I cover her up with the baby wipe and I'm dumbfounded. Disco and Beautiful have yet to defecate on their father.

My ever supportive wife says, "You mean you don't watch her butt to see if she's going to poop?!?"

I'm sorry!!! What am I a fighter pilot?!?? I have to keep my eye on the enemy MiG while I'm waxing out it's buddies? I figured I had a wing man with this.

And she said it matter of fact like it's something they taught her on CafeMom or something.

Not ONCE have I had to be afraid of long range enemy fire from my children. This is my fourth baby. I should be prepared for this.

Obviously I was not.

I can deal with the baby poop getting on my hands and or clothes. I'm a dad, I'll be dealing with their crap, literally and figuratively the rest of my life. It was just that it was like the. Jericho Missile System in Iron Man.

Regardless. I knew I was going to blog about it on the next edition of JE Origins. What I didn't know I was going to talk about was that IT HAPPENED AGAIN. Yes, at THREE in the morning!! When I have the reaction time of a George Romero Living Dead Zombie.

I'm beginning to think this is personal.