Countdown to Cinco - Water and Pee!

Sunday is the 36th week of KC's pregnancy with our fifth child. She's dilated to 3CMs as of this past Wednesday. The contractions are irregular and the doctor told her to wait until they're five minutes apart before we come in. But she went from 0-3 within a few days. So I'm pretty dang sure that the baby will be here in the next 14 days.

Saturday morning was supposed to be a quick trip to the bank. KC didn't get much sleep the night before, so I took Ladybug and Disco while Beautiful stayed home and slept with Mommy. While driving I noticed a billboard that advertised free pictures with Santa at Winter Wonderland at a large outdoor shopping center not far from our bank. I figured since we already got our picture taken with Evil Santa, I'd just take them to go check out the Winter Wonderland.

But after the bank, I noticed that the Krispy Kreme sign was turned on. A small amount of the population know that when the sign is on, it means free donuts. My kids are part of that population. They didn't see the sign, but since free donuts are my favorite kind, I decided that I would treat the kids to a couple donuts and some chocolate milk. We finished our visit with a trip to the bathroom. While Ladybug was going potty. Disco was testing the acoustics and noticed the drain. He got down on the floor and looked down the drain. He inquired about it and my daughter said that it was for water.... and pee. My son repeated and I actually got the whole thing on video with my phone. But my phone is crap and I can't upload it to the interwebs. You'll just have to trust me.

We then headed to Winter Wonderland where the water and pee would be in snow form. It was actually at Bass Pro Shop Outdoor World. I told the girl it was a Winter Wonderland and they ignored the deer skulls and antlers as we entered. I didn't mention them either because I'm sure they would have thought they belonged to Comet and Prancer. The Winter Wonderland was a place where people were lining up for pictures with Santa and other activities. They had a remote control race track about the size of my living room. A rifle game where you shoot lights at targets on wild game. Ladybug killed a Wild Turkey, a Squirrel, a Fox and some unknown animal. Sasquatch I think. Disco was only able to pick off a Squirrel on account we had been there a while already. They shot Nerf arrows at some wild game as well. But they got away. The kids apparently make better Cowboys than Indians.

There was also a large fish tank in the middle of the store. If you go into the elevator, you can see inside the tank. We rode the elevator four times while the kids admired the large fish.

Later that night, KC and I went Christmas shopping. Since money is tight and every year we seem to have a new kid, we had to be creative. We hit up Family Dollar where most of the toys were FIVE DOLLARS. We were able to get a good amount of gifts and stocking stuffers for the three kids for under seventy bucks. MaddSkillz requests couldn't be found there.

We'll probably spend as much on him as we did the three kids. The quantity will be substantially less than what he might be expecting, but unless he wants a Cars Beanbag Toss he better appreciate it.

I put the gifts in the attic, then told her that if anything were to happen to us, then no one will know where they were. So if anything happens to us, can someone find my family on Facebook and let them know the presents are in the attic.

And because my wife doesn't have enough to do. KC decided to start her blog up again. I'd consider it a personal favor if you go check her out over at Mama2Miah Plus 4. There you'll hear her side of these stories. You know, the stories where I saved the day after a big explosion. Her side will tell it from her vantage point where I actually caused the explosion.

That's it for now. Have a great week my friends. 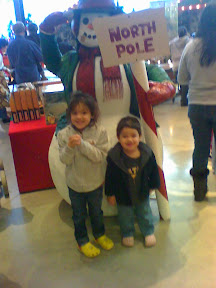 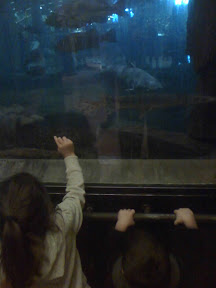 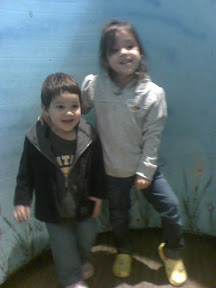 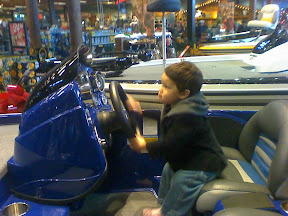 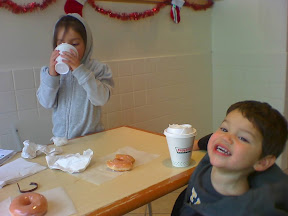 The Wife's Blog. Check it out and make her happy. Which makes my life easier...