What do the Aggies and Diarrhea have in common? It's not what you think.. 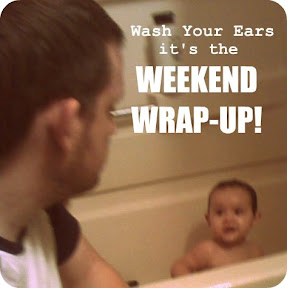 I missed the Texas A&M Football game this weekend. Which is probably all the better, because they lost their first game this season. Honestly, this would have been the first time I would have seen the game all season. It would have been the first time I would have seen a game that was NOT an Aggies vs. Longhorns in about four years. Just like watching an NFL or San Antonio Spurs game, I cannot commit to 2 plus hours during the weekend or evening. Being the father of four (three under four) and a husband of 1, currently I just don't have the time or patience to sit through a game at home.
I can't tell you the score to the game, and if I hadn't seen posts on Facebook, I wouldn't have been able to tell you who they were playing. Some of my buds from school might call me a two percenter, but it's not making a difference in my weekend. I guess if they lose and I don't witness it, I don't have to be all distraught about it on Monday or hear from people who complain about how crappy they played.
But I can tell you that my daughter was introduced to The Spectacular Spider-Man on DisneyXD and is now her favorite cartoon. If you don't count, SpongeBon, Dora, Diego, Kai-Lan, Mickey Mouse Clubhouse, Max and Ruby, Olivia, Back to the Barnyard, Mighty B, and The Care Bears.
Speaking of crap. All of my kids had diarrhea. So we're trying to keep them hydrated with Gatorade and water. My daughter tried to bargain and make deals with me on how she could obtain some forbidden milk.
Something that hasn't been hydrated in about 18 months was my yard. Grass was not growing. It had dirt patches everywhere. Then last month it rained every weekend. I was planning on cutting it this weekend, but then it rained again. For a year and a half we complained about no rain, now we're complaining about the much needed rain.
It is our month to help out in the Sunday School at church. This is what I got our of Sunday School with the three year olds.
When asked to put hand on their heads, a boy retorts "My dad told me not to touch my hair because it has gel in it."
When asked if the kids knew who Paul was. A girl responds "Paul hit me in the head."
Other than that, it was your typical Juggling Eric weekend..
Have a great week my friends and readers...