The Ocho - Yogi Bear, Chick with Gun and Werewolves!!!

"The Ocho!" is where I find eight (ocho) stories that have happened through the week and present them to you. Mainly because you might not have heard about them. They're more obscure. Enjoy.

1) Protesters Want Yogi's Arms - A group of protesters outside a convention center in Arizona were carrying around rifles with one person carrying a semi-automatic. They were demonstrating that they have the right to own weapons. Even though I'm not a big fan of Oback Barama, I do respect and appreciate the office. But I'm kind of weirded out by this. I'm sure that the protesters didn't mean any harm to our president, but we've seen protesters who talk too much get taken down with tazers. Either the Dems are loosening up some, or they were plants. Story Link Here

2) You Want Kidneys? Post Ads In Israel Newspapers - Four years ago, this New Yorker was dying from renal failure. So, he put an ad in a newspaper. A pot smoker from Israel showed up with a kidney and he walked out with an envelope with 20K. Apparently, the operation was a success. I just wonder what the doctor thought when the recipient showed up with a kidney. "Is your wife lying in a tub of ice right now??" Story Link Here

3) Project Runway Is Back - This show is a guilty pleasure of mine. I don't know how I got hooked on it, but I watch it with my wife. It moved to Lifetime which means there are new challenges that deal with car wrecks, date rape, child custody cases and Justine Bateman. 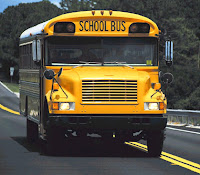 5) World's Largest Water Pump - The Army Corps of Engineers started working on a gigantic water pump to help prevent New Orleans from flooding from any future hurricanes. This is kind of cool, but I'm concerned that Kanye West won't have anything else to complain about . Link to Story 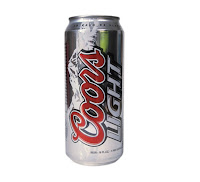 6) Old Man Foils Robbery with Beer Can - Two punks with bandannas and shotguns attempt to rob a store, but an old man throws a beer can at them and they run off. The two would -be robbers got away. My theory was that they were werewolves and they were scared of him throwing a Coors can at them. Link to Story 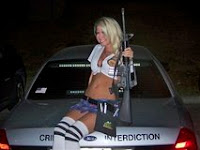 7) Midland, Texas Deputies are Idiots - Some Sheriff's Deputies allowed some scantily clad waitress to sit on their cruiser and take pictures while holding a rifle. They got in trouble. She'll be on Extra next week. Link to Story

THE OCHO!!!! Bruce Willis Joins The Ultimate Action Movie of ALL TIME - Bruce joins the cast of The Expendables. It stars Stallone, Arnold, Jet Li, Jason Statham, Dolph Lundgren, Steve Austin, and Randy Coutour. I think this movie is about blowing everything up in the world. All they need now is Jean Claude Van Damm, Clint Eastwood and to dig up the corpse of Charles Bronsen and it will commit all kinds of crimes for bad-assery. Story Link Here