Posted by ericdbolton on July 10, 2009
Introducing a new feature here at Juggling Eric, "The Ocho"! Sponsored by El Supremo Maximo's Supremo Salsa. "The Ocho" will take eight (OCHO) various events that you may or may not have heard about this week and I will give my opinion or remarks on the issues. The plan is for this to be a permanent Friday Feature.

1. Waterboarding may or may not be torture, but it is now an official word according to Websters. - I had the word "waterboarding" hidden in the disclaimer of my work email for over a year. It went something like this: "..this email should only be used by those intended. Violators will be subject to waterboarding.. etc" Everytime I would do a spell check, it would prompt "waterboarding" as not a real word. So I had to change it to "water" and "boarding", that way no one else would see it. But not anymore! I just have to wait until Outlook 2010 or something for the updates.

2. Toddler in Pennsylvania Runner up in Hide and Seek Championship! Osama Bin Laden is still the champ.

3. Baby born at 12:34:56 7/8/9 - With me being a geek, the article says that this time alignment happens twice a century. It actually happens one day during the century, but TWICE in the day. If they missed the first middle of the night alignment, they could have always waited 12 hours to push the baby out. Sheesh.

5. Woman jailed after man complains about cooking - If I learned one thing by being married, it is that you never comment on your wife's cooking with anything other than, "MMmmmm… This is good, sweetie." These are the words you have to use. You don't continue with, "what did you do different?" or "it ..tastes kind of sweet." This will only validate your parking ticket at the emergency room. You compliment once and that's it. Especially if they're Hispanic (like my wife).

6. Justin Timberlake up for running in The Green Lantern Movie - I was a comic book geek. By proxy I became a comic book movie geek. I haven't bought a comic book in about ten years, but I love watching them on the screen. With the success of The Dark Knight, Iron Man, Spider-Man, X-Men and Transformers, comic book movies are the thing to be. But Justin Timbelake!?!? I'm not all up in the Green Lantern lore, but how can they even consider JT as the GL?? I don't know, I really hope this is a false rumor. DC needs another cornerstone other than Batman. But they're making that kid from Third Rock from the Sun, Cobra Commander, how bad could he be?

THE OCHO! Obama Checks out some booty - A few things about this picture. One I'm sure we could be taking it out of context (Oback can do no wrong), but the French President is laughing like that guy in the library from the Twix commercial, and that chick is going to be a celebrity by Monday.

I hope you enjoyed this new feature. Please come back on Monday for the Weekend Wrap Up. Sponsored By: 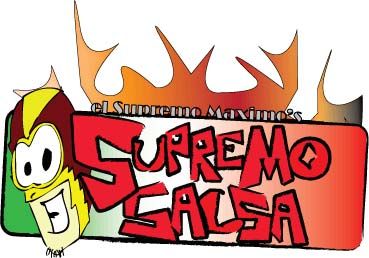