Dr. Stephen Strange first made a name for himself as a brilliant American brain surgeon. After seven grueling years of training, however, he obtained the power of the mystical arts and became an unlikely kind of superhero. His name? Doctor Strange.

His signature cape can be inverted for a multitude of poses, while the exaggerated contrast unique to the paintwork of the Marvel Universe Variant series brings out his profound presence.

Articulated areas such as the chest, shoulders and hips incorporate flexible materials to allow for a wide range of motion. With magic glyphs and effect parts constructed with translucent materials and interchangeable hand parts, the Doctor Strange figure can be posed in various dynamic ways. Figure includes display stand. 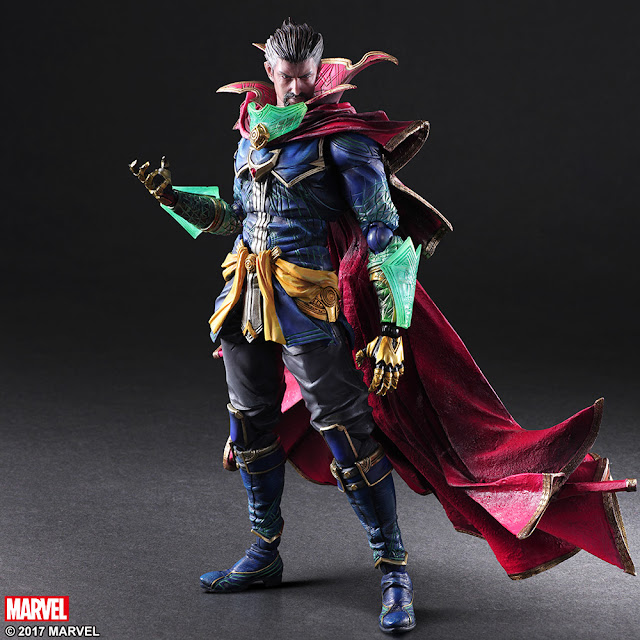 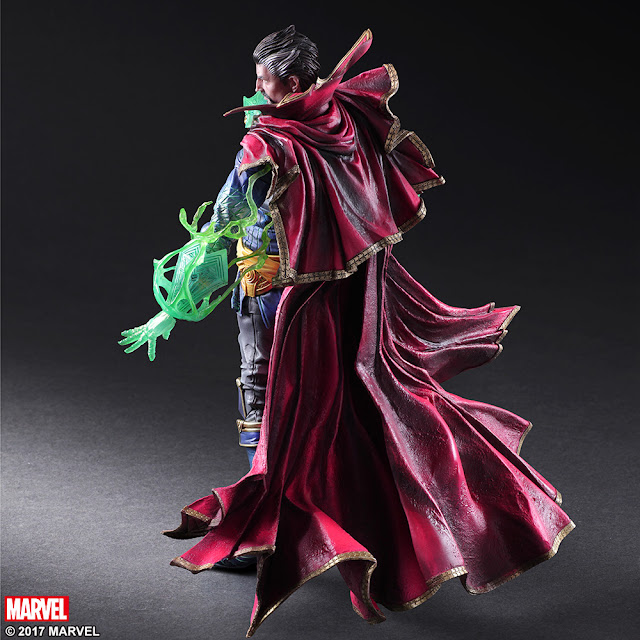 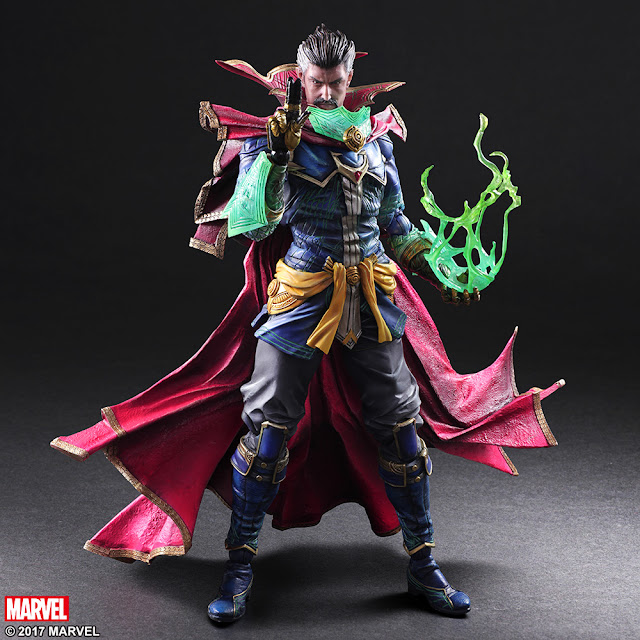 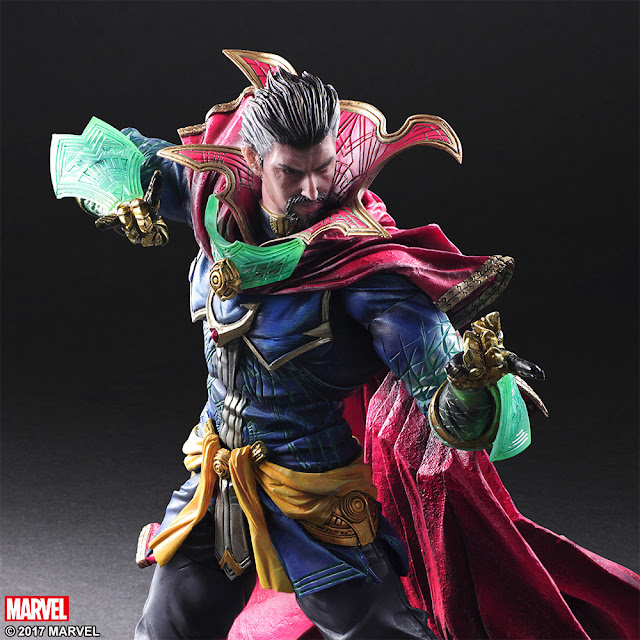 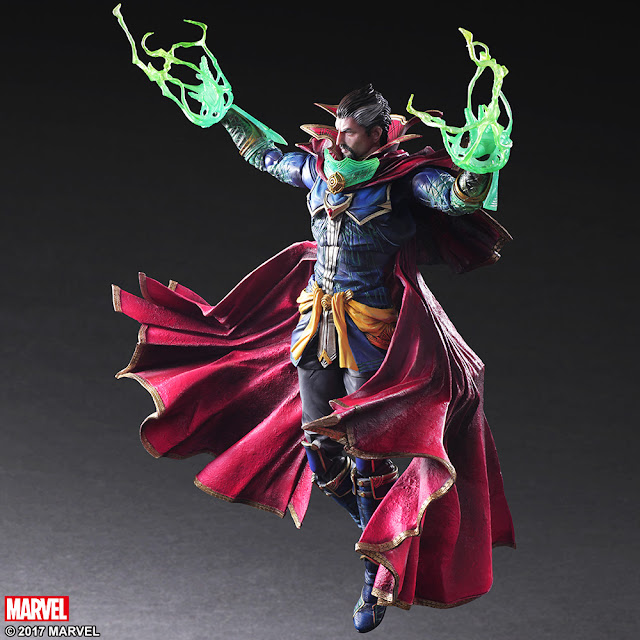 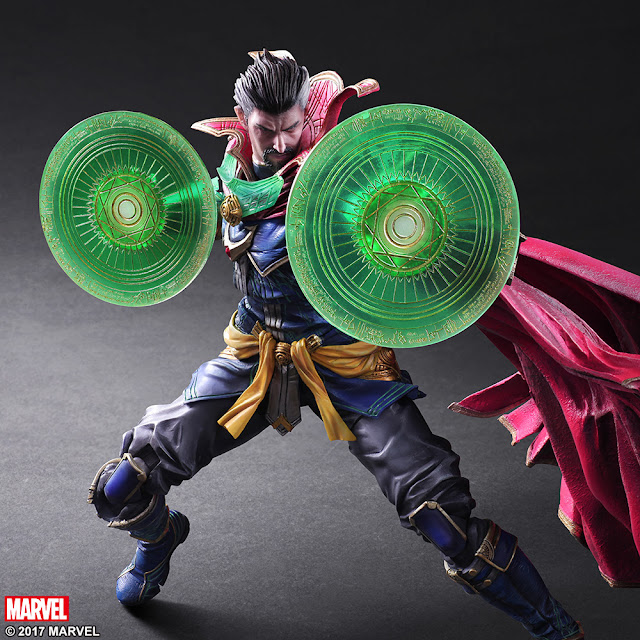 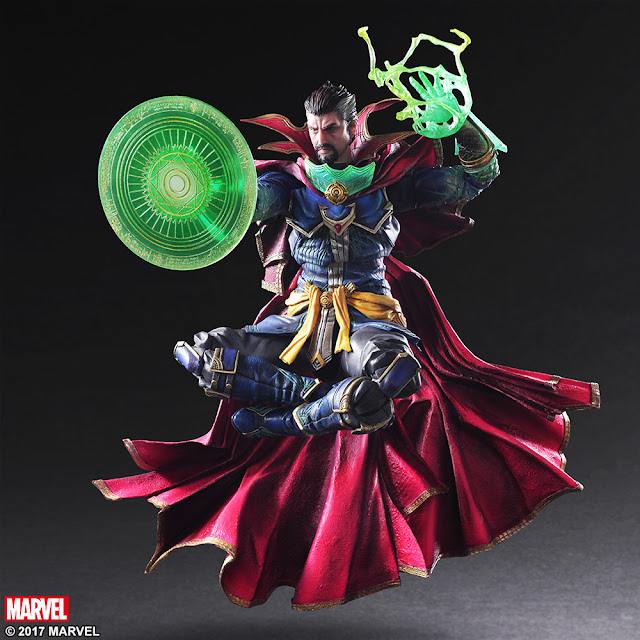 Thanks for checking out this post, please leave a comment below to let me know what you thought about it. Also, be sure to subscribe to this blog as well as follow me on twitter and facebook. I appreciate you. Thank you for your time. - MCB
doctor strange marvel New Toy Release