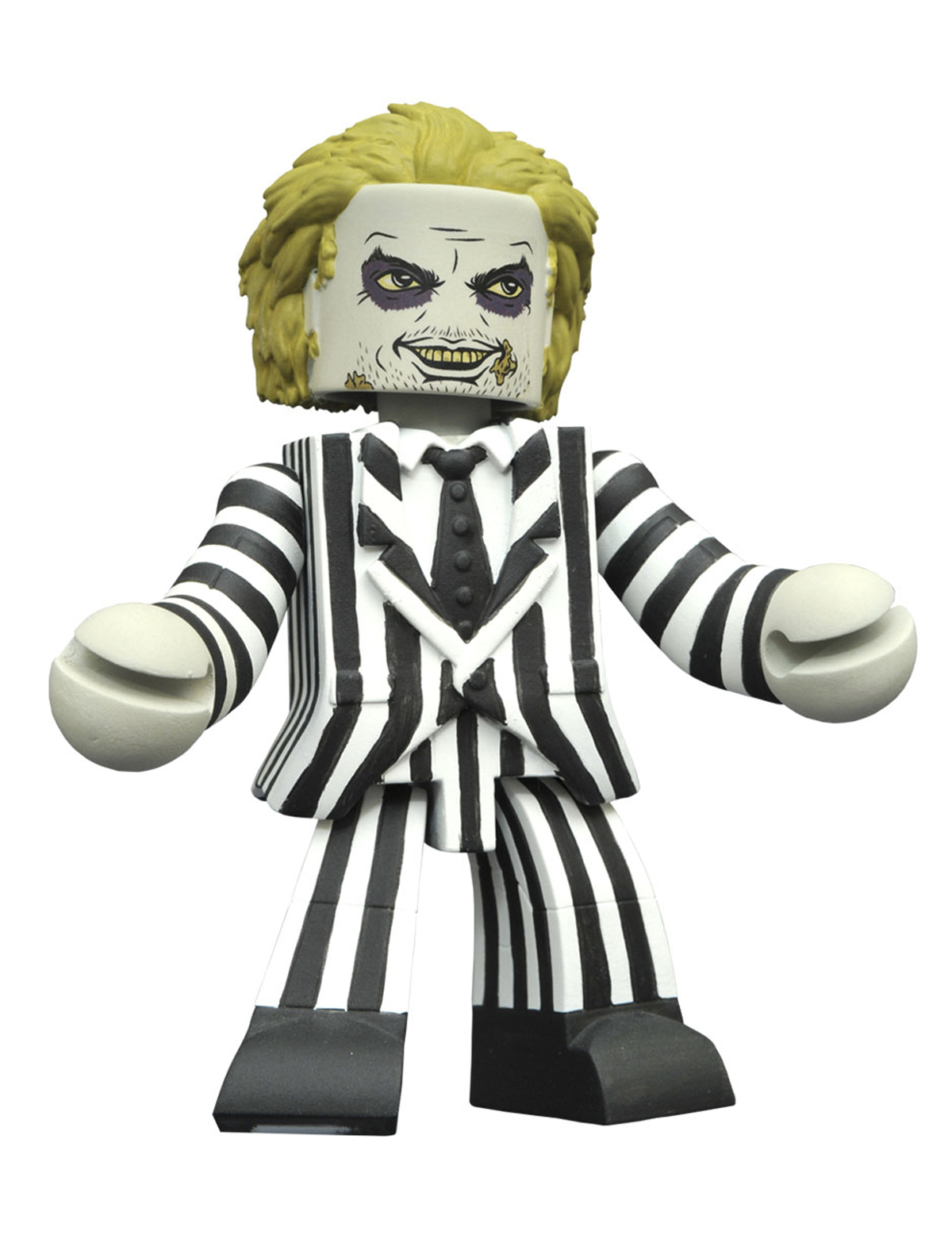 He's the ghost with the most! The spastic specter with a knack for tormenting the living captured our hearts in Tim Burton's feature film Beetlejuice, and now Beetlejuice and his bride-to-be Lydia are Vinimates vinyl figures! Each 4-inch figure strikes a pose from the film, and has an articulated neck for further poses.