Posted by ericdbolton on May 06, 2012
Sunday mornings can be crazy here in Boltonshire.  We try to get everyone ready and out the door so we can get to church by 10:30.  At 10:30 they start praise and worship, but at 10:30 they also stop serving free coffee.  Sure I can get free coffee at work every morning, but work doesn't have French Vanilla Creamer. Now being an expert at knowing my family, I knew there was not a chance in the world we were making it by 10:30 today.  My second option required us to be at a Valero by 10:00,  When the Spurs when a championship game, Valero gives out free coffee.  We weren't going to make that either.  So MaddSkillz and I left while KC was in the shower and picked up some coffee swag.  We made it to church a little past 10:30 and the kids minus Ladybug were in their classes.

Everything was going along per usual.  Praise and Worship was going along fine as it lead into communion.  I noticed our pastor, Dave Bell, wasn't in the sanctuary just yet.  I didn't think much of it, I'm assuming most of us weren't either, because it is not unlike him to come down the hill (the sanctuary is down a hill/driveway from the office and old church building) from his office in the middle of praise and worship.

Pastor Bell's eldest son, Matt was on stage and just started talking when one of the elders ran up, grabbed the microphone and asked if anyone knew CPR.  Maybe a half people jumped up and followed him out the door.  The whole congregation started praying.  We had no idea who we were praying for, until Matt had said, "It might be my dad..."

Everyone seemed to stop for a second, wrap the idea around the fact their spiritual leader was in jeopardy, and then started praying specifically for Pastor Bell.

The prayers didn't mean more know because we were praying for our pastor and not some random person, but prayer is a weapon.  If you have a gun and know you have to shoot at something in a general area, but do not know what or what you're shooting, it's harder to hit your intended target.  When you pray specifically for something or someone, you have a better chance of hitting your intended target.

A few minutes later, we saw an ambulance and firetruck rush by the window and the prayers continued.

Another few minutes later, the same elder who asked for the CPR help came and told us Pastor Bell had passed away.  Some of those standing in prayer fell into their seats.  Screams of agony and loss were heard.  Tears started to fall.  Confusion of why and how could something like this happen.

I saw him last week when I had to run to the car real quick during praise and worship, when he was making his way to the sanctuary.  He asked me how The Emsters was doing.  The Emsters had been complaining of headaches for two months and we have been going through a lot in trying to rule out what specially was wrong.  We had sent a prayer request to some friends of ours and it had gotten up to him.

I say "up to him" because in my previous church, I was not used to individual interaction with the Pastor.  I had went to a "mega church".  I learned a lot there, but we weren't feeling as we belonged.  It seemed the business of being a mega church outweighed the specific individual relationships with the congregation.  The fact that Pastor Bell, was praying specifically for my daughter and what was wrong meant EVERYTHING to me.  It wasn't a blanket prayer of health and wellness towards you and your family.  It was that specific prayer as a weapon I was talking about.

We felt like part of a family from the first day were showed up there.  Every Sunday Pastor Bell would tell the congregation he loved us.  You can take that how you want.  You can take it like he "has" to say it because he's the pastor, or you can take it like he really does feel that way.  With the way he and his church has welcomed and accepted my family the way even some friends and family do not, means he genuinely meant it.

He and his wife, Jodi have five sons. Matthew, Michael, Mark, Micah, and Mitchell.  Matt is the oldest at 30 (I think) and Mitchell is a year younger than MaddSkillz.  He was a blessed man and you could see it through his sons, daughter-in-laws, and grandchildren.

Psalm 127:4-5 says "Like arrows in the hands of a warrior are children born in one's youth.  Blessed is the man whose quiver is full of them."

This reflects Pastor Bell's family perfectly.  His quiver was full of them.  As well with the hundreds of people who have grown to consider him their spiritual father and leader.  They too were all arrows in his very large quiver.

God Bless you Pastor Dave Bell.  Your love and teachings meant everything to me and my family.

When you see Adam.  Kick him in the shins for me would you? 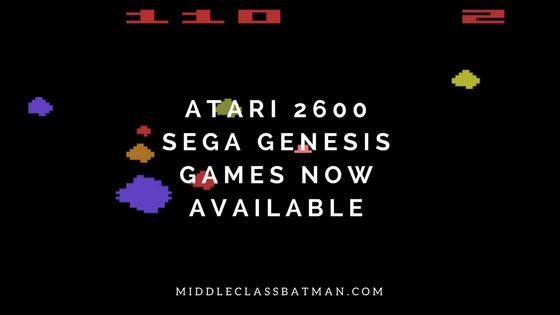