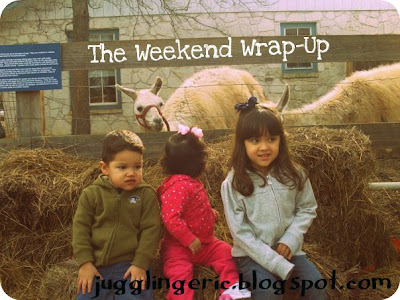 Welcome back my friends. I hope you all had a great weekend. And for those of you enjoying a three day weekend, BONUS. I'm going to split things up under sub-headings today. Just to make it not so jumbled.

New Layout - Same Crap
I was toying with a new layout for some time now. I wanted to unveil one once my baby was born, but the layout I had didn't look so good on me. I'm okay with this one for the time being. It gives me a little more room to put gadgets, widgets, and midgets. So if you just read this in a reader and haven't witnessed the glory that is my blogspot site, check it out will ya?

Petting Zoo
We were invited to a birthday party this weekend. Why anyone would purposely invite our family anywhere is beyond me. Maybe it was more of an un-vitation than an invitation. Maybe because the party was held outdoors at a petting zoo where the host could assume no liability due to the gamma bombs that can be my children. =

The kids had a great time. I figured they would be scared of the animals since they're scared of people in animal costumes. But they did a great job. They actually touched the animals. They fed, petted and Ladybug actually rode a horse. Disco screamed like the horse secreted some sort of poison goo when we sat him on top of the saddle.

MaddSkillz opted to go play golf with his uncle and KC stayed at home with Em. So I was at a farm, with the kids, by myself. The only thing we lost was a hair bow to which my wife responds. 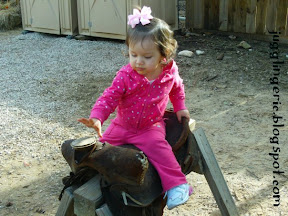 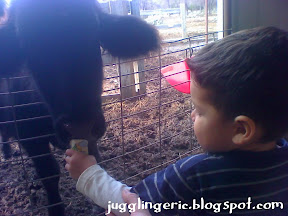 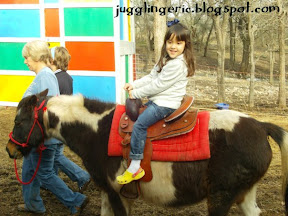 Saturday night, I open my front door and a skinny, hungry, pathetic looking puppy runs inside.

Super. I don't want to be responsible for this dog, but the humane person in me can't leave this sad puppy in the cold.

We already have one dog that has pretty much prisoner benefits in our backyard. Meaning. He has a place to sleep. He gets fed and is allowed to walk the yard. I don't need another dog.

So we fed it and bathed it. MaddSkillz totally turns off his teenage angst when it comes to lost and lonely dogs. Due in part to his dog running away about 4 years ago shortly after we moved into the house. We still see dogs and wonder if that is our dog. Anyways, he's a total softy. 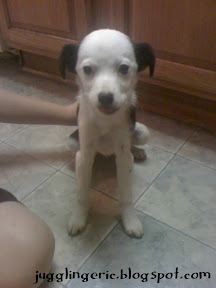 So the next question was, what are we going to name the dog. I suggested that we combine our list of names and I let my three blog readers decide. We all came up with some names.

Obviously my wife was not taking this seriously and was only putting names of condiments on the kitchen table and what she really thinks about her husband.

The first two were the real suggestions of the bunch. Its like he had this thing for the name Max.

I don't know what it is about people and my suggestion for dog's names. But they look at me like I'm six different ways of retarded.

And then there was Ladybug. 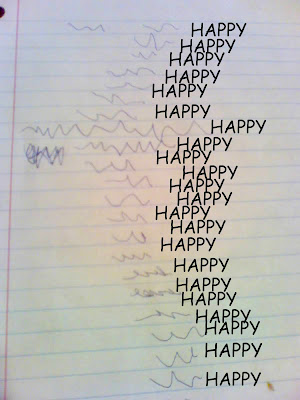 Are you kidding me?!? I totally despise of dogs who have names of kitchen spices, people's names, and feelings. But if it wasn't just so darned cute to see her make her own suggestions and tell us what they all were.

Well, that was Saturday night. Yesterday morning everyone but me was calling the dog "Happy". So guess what three readers? I apologize but the contest will be moot. The stinkin' dog's name is "Happy".

Thursday was what the Internet blogging world called Delurker Day 2010. It was a day that "lurkers" to various blogs come out from behind the curtain to let the bloggers know that they are there. Even if it was just for one day. It didn't really go the way I expected. While I am appreciative of the five comments. I admit I was disappointed.

Was it because I didn't use the official Delurking Day Logo?? Was it because I threatened a kitty? Maybe people hate cats and wanted to see the cat shot. Maybe they knew I was bluffing about the kitty. Whatever it was it didn't work. I apologize for playing games with your emotions. Which brings me to my last bit.

Yes, because of low delurker day turn outs, Blogger has decided that its just not working. They have decided to cancel my blog and replace me with Jay Leno. 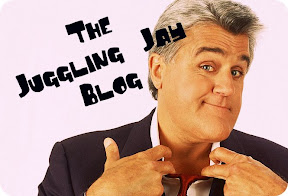 It was great while it lasted my friends. Have a great week.